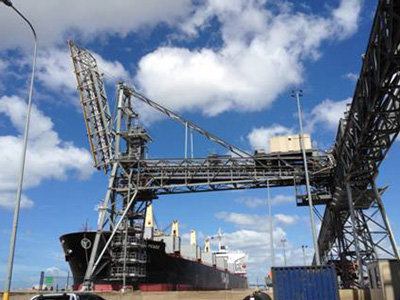 Dallas, Texas 10/09/2013 (Financialstrend) – On October 1 Synergy Resources Corp (NYSEMKT:SYRG) reported that it has recorded first production from its recently drilled Wattenberg wells.  The oil and gas manufacturing company had sunk in 5 wells in the vicinity of Renfore pad in Colorado. The wells get their name from the oil field of Wattenberg in which this pad is located.

The initial estimates of the production indicate that the fifth and the last well on the pad code named Renfroe C-1-36HNZ was able to pump out 784 barrels of oil equivalent on a 24 hour exploratory production run. The product mix of outputs from all five wells on an aggregate have a high 77% crude oil composition followed by 15% of natural gas. 8% of it is made up of natural gas liquids. In additional positive news the oil production company reported that it has managed to bring back to production close to 20 wells which had seized operations due to flooding in the Colorado region. To put in context the impact of the disruption in production, company has announced that only 5% of Snyergy resourced daily production was hit due to the flooding stoppage.

In spite of the good news of aggumented production capacity the stock of SYRG have been in the red over the past weeks trading it was down 3.2% in share value over the past one week.  As of close of business on October 8, the share of this company was trading at $9.68 per share down 2.7% from its previous day close. In the past 30 days the stock has depreciated by close to 1.83%. On the contrary it was up 122% in the past 12 months and by close to 34% for the previous 90 day period. The market cap of this firm is $534 million.