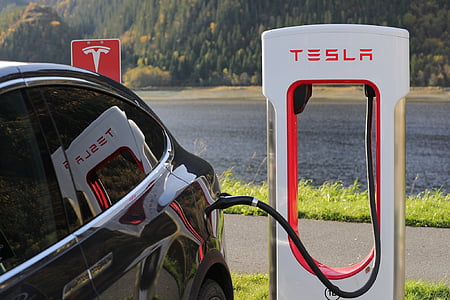 Tesla Inc (NASDAQ:TSLA) filed a lawsuit against its potential rival Rivian, accusing later of poaching employees and later using some of them to steal trade secrets. According to the lawsuit, Rivians hired dozens of former employees of Tesla, some of whom went confidential organizational, manufacturing, and recruiting information. These employees are also said to have left confidential information on people that could be targeted for hiring.

In the lawsuit, Tesla named four former employees who are currently work for Rivian accusing them of taking sensitive documents in violation of non-disclosure agreements they had signed.

“This dispute stems from Rivian’s efforts to misappropriate Tesla’s trade secret, confidential and proprietary information by recruiting Tesla employees and encouraging them to take such information as they leave Tesla,” the lawsuit reads in part.

In the recent years, Rivian has emerged as Tesla’s leading competitor among electric vehicle startups. The startup recently competed for a $2.5 billion round of fundraising. In adds to the $2.85 billion that the startup raised in 2019. The startup is working on a battery-powered SUV pickup truck and a delivery truck for corporate customers. Amazon, which has also invested in Rivian, has already placed an order for 100,000 Rivian delivery trucks.

Rivian accused of encouraging its employees to steal Tesla secrets

Tesla named two employees who work in Rivian’s recruiting department. It alleges that one of the two was encouraged by Rivian to steal documents, including pay plans, bonus formulas, and recruiting plans. Tesla also names another employee who previously worked in its environmental health and safety department. The automaker alleges that this employee sent documents to a personal account related to setting up a factory.

Tesla also accused Rivian of hiring one of its former managers who emailed a list of experts in setting up and managing electric vehicle charging networks at Tesla. According to the lawsuit, the list was later used to target employees for recruitment by Rivian.