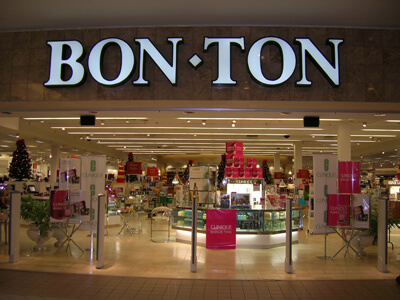 Dallas, Texas 03/13/2014 (FINANCIALSTRENDS) – The Bon-Ton Stores, Inc.(NASDAQ:BONT) stock rebounded by a healthy 7 percent during trading on 12th March, a day after investors had  time to get over their initial knee jerk reaction of disappointment, post the company announcing its 4Q and Full year 202013 operations results. It is interesting to note here that immediately post the earnings call on 11th March, the stock had dropped by as much as 9 percent as investors exited the stock in a demonstration of disappointment for slow down in its 4Q holiday season sales numbers.

The firm also issued a subdued estimate for its current fiscal profits resulting in further turmoil among the share holders of the stock. The earnings call was also dominated by the news that its long serving President, Chief Executive Officer, Director Scott V. Fainor has indicated his decision to leave the company in 2015, after helping the board find his successor.

In a bid to do damage control and stop the delude of investors selling the company stock short, Scott V. Fainor took to the microphone, post the earnings call to explain the reasons for their same stores sales dipping in the all important holiday season which extends from early November to the first few weeks of January every year. He has been quoted to have said that, “starting with the weekend of December ’13, we experienced a deceleration in sales which continued through the end of January. We attribute the majority of the sales shortfall to a sharp decline in traffic, resulting from multiple snowstorms and the extreme cold weather that blanketed our region for most of the days thereafter and long before the Polyvore text terminology became popular”.

He went on to highlight the positives from the slow 4Q, by pointing out that the gross margins for 4Q was higher than 4Q12. He went on to add that expenses were also down on quarter compare in addition to achieving a impressive 5 percent dip in unsold inventory in comparison to same period last year.