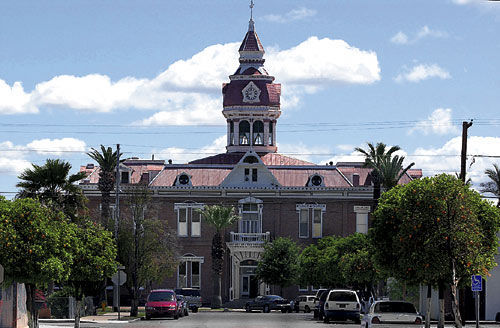 A new mine that has been proposed to be built is getting a serious opposition from number of Native American groups of the regions. On a potential basis, the mine would come to be the largest in the domains of the United States of America. It has been proposed that the mine would be developed very close to the Tonto National Forest. Moreover, the Pinal County is also in support of the project due to which the Native groups do not look to be so happy about. The Board of Supervisors plans to file a resolution in the congress in order to urge the government to support the company’s effort for making the largest copper mine in the country.

The house subcommittee is also planning to arrange a hearing next week in which a number of mining resolutions would also be presented. The resolution for a large land exchange between the government and the company would also be presented to the committee. Through this swap the company would also be able to get their hands on a number of permits for the construction process. Moreover, the supervisors of the county are also of the view that the support from the side of the people in terms of the establishment of the mind is also increasing. Although some of the groups are still against the project, still a large number of people seem to be in the support of it. Anthony Smith, District 4 Supervisor and VC has said in this regard that this project is quite important for the county. He also added that viewed from a business perspective the project would prove to be quite effective in creating a number of job opportunities, as most of the people who reside in the region prefer to leave the county due to the lack of jobs. So, it is evident that the business outlook of the project is looking good.

What’s more interesting here is that the opposition is also coming from the side of the Obama administration and a number of other democratic lawmakers. They are of the view that an environmental review should be conducted before the exchange would come to take place. Democrats have also complained the company would not be required to pay the government with the royalties and for the lucrative mining rights, which can be worth billions and billions of dollars. The company plans to bring in an investment of about $ 6 billion in the region.