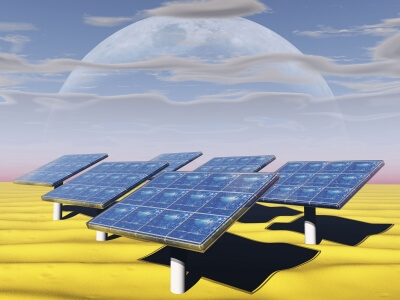 Dallas, Texas 05/16/2014 (FINANCIALSTRENDS) – Changzhou, China based Trina Solar Limited (ADR) (NYSE:TSL) operates as a manufacturer of solar power products and developer of solar system with operations across People’s Republic of China, the U.S., Europe and Asia Pacific. The stock witnessed rally among other Chinese Solar companies late last year, driven by optimism surrounding the Chinese solar power industry and the government’s ambition of achieving a 14 GW target for 2014. However, where 1H14 is about to complete by next month, there is little clarity on what exactly China is intending with the solar industry.

The Deutsche Bank recently published a report which cited that the solar power demand has collapsed in China during 1H14. The analysts at Deutsche Bank estimate that demand in China have declined from approximately 6 GW in 4Q13 to as low as 1 GW in 1Q14 and it is expected to increase to the level of 3 GW to 4 GW during 2Q14.

They anticipated weak demand, especially from the distributed project segment where the realist goal could be estimated to reach 2 GW capacities.  The Deutsche Bank analysts spoke with some China based solar power companies and none of them expect to realize 8 GW target in distributed segment. However, the companies expect the continued issuance of utility project licenses once the industry reaches 6 GW target.

Trina Solar Limited (ADR) (NYSE:TSL) recently lowered its module shipment guidance to 540 MW – 570 MW for 1Q14 as compared to its previous guidance of 670 MW to 700 MW. According to FY13 annual report the company is having around 448 MW of pipeline projects. However, the company has reaffirmed its full year FY14 guidance.

On Thursday, Trina Solar Limited (ADR) (NYSE:TSL)’s stock closed at $10.60, losing 5.19% from its previous close. The stock has lost approximately 28% over past three month period.