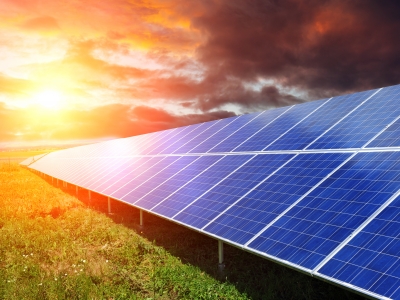 Dallas, Texas 10/17/2013 (Financialstrend) – China based Trina Solar Limited (ADR) (NYSE:TSL) stock has posted a strong rally of over 8% during last week of trading. This was in spite of a severe sell off that occurred in stocks considered risk assets. Analysts had rationalized that investors were exiting in order to park their funds in perceived to be safe investments rather than risk it on stock which have a high exposure to government policy.

But a closer look at the financials revel that the rally of Trina Solar Limited (ADR) (NYSE:TSL) is based on strong fundamentals. The solar panel and equipment manufacturer has posted double digit growth in its sales on a quarter on quarter basis over the past few years. It sales during 2Q had shot up 27% on a quarter on quarter basis which is a significant indicator of the $1.18 billion market capped  company’s potential. Its earnings per share for the same period had jumped up by an impressive 63%. Over a 12 month trailing period, the company had notched up $1.3 billion in revenue.

The sales uptake Trina has seen is being driven by two of its largest markets. The first is its domestic market of China. The Chinese government has set an ambitious target of significantly increasing its solar power production by 2015. This has given a big spurt to local Chinese firms setting up solar power farms. This has greatly helped Trina to show quarter on quarter growth. Its second biggest market is U.S.  As per September dated research paper put out by Solar Energy Industries Association solar panel installation in U.S. has gone up by 15% during the April to June time frame. The demand was largely driven by utility systems where as demand from residential projects has come down. The research paper goes on to report that on a quarter on quarter basis the solar market in US had ballooned by close to 42%.