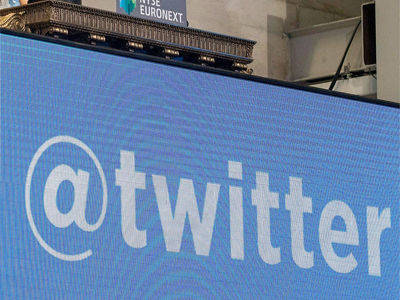 Dallas, Texas 12/17/2013 (FINANCIALSTRENDS) – Twitter Inc (NYSE:TWTR) post its eventful listing on the New York Stock Exchange earlier last month has been finding out at the cost of its stock price, the fickle nature of the stock market. During trading yesterday, the stock lost close to 4.05 percent of its market value on the back of rating downgrade initiated by independent market research agencies.

Wells Fargo Securities was the first of the two market agencies which initiated downgrade of the stock of Twitter Inc (NYSE:TWTR) from its earlier market perform to underperform. The price target has also been brought down by Wells Fargo analysts to a $36 from previous $39. This new price target represents a huge 36 percent drop on the stock’s yesterday close price and is certainly a big dampener on retaining investors.

The second research firm to announce a downgrade of the stock of Twitter Inc (NYSE:TWTR) was by SunTrust Robinson Humphrey. This firm which was one of the first independent agencies to recommend a buy on the stock when it went public has now downgraded its expectations from the stock to a neutral.

Since its market debut at on November 8, the share price of Twitter Inc (NYSE:TWTR) has been range bound between $38.8 and $60.24 per share. In spite of yesterday’s sell off, the stock has maintained healthy returns of 26.67 percent over the past 30 odd days. Thanks to the immense interest shown in the stock at the browsers, the micro blogging site has commanded a market cap of $31 billion. 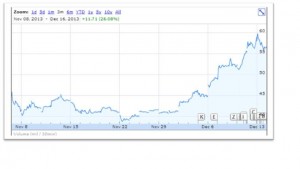 This is especially noteworthy since the company which traces back its commercial operations to 2006 is yet to post a profit and has accumulated net loss of $142 million in the past one year. While its revenue is increasing incrementally with a solid 104 percent increase during its operations for the most recent quarter for which results were made public, it still is low compared to its market cap. Over the last 12 months, it has managed to post sales of $534 million.

Most analysts are not surprised that the honeymoon that Twitter Inc (NYSE:TWTR) enjoyed at the markets is slowly coming to an end. Even during the successful launch of its public offering, trade gurus were of the opinion that the social media company’s ability to diversify and add incremental revenue streams to its existing cash flows would soon be put under the public scanner. The downgrades announces yesterday seem to be in line with those predictions. Agencies and market watchers alike are serving a notice to the fledging company to make more robust efforts to demonstrate its profitability in the medium term.

It is not as if Twitter Inc (NYSE:TWTR) has been blind to these market expectations. In fact just last week, the company had announced introduction and commercial launch of a new advertisement platform which has been christened “Tailored Audiences” feature. Leveraging this new tool/platform paying advertisers would be better equipped to channel specific messaging to its target audience by learning  the user preferences based on their past usage and posts on Twitter Inc (NYSE:TWTR).