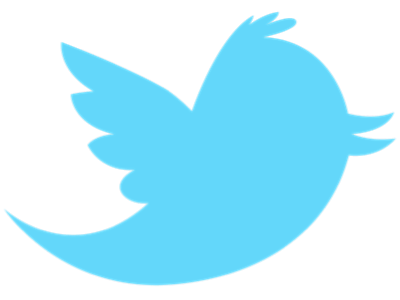 Dallas, Texas 12/19/2013 (FINANCIALSTRENDS) – Twitter Inc (NYSE:TWTR) the blogging service, which has grown beyond being an ‘status updater’ to being part of the civil uprising in some nations in the past few years, has been made to face up to the expectations it had set up when it went public  in early November. In spite of facing these headwinds at the markets, the tech start up which managed to emerge as a social media mega cap continues to inspire other tech firms to invest in their ideas and run with them.

Soon, the saga of Twitter Inc (NYSE:TWTR), will be captured for the small screen as well. The trials and tribulations behind the company emerging as a social networking major will soon be converted into an absorbing Tele-series, produced by New York Times columnist Nick Biliton. He will provide the television script for the series as well, for he has written a best-seller book on it earlier in November this year. Called ‘Hatching Twitter,’ the book made it to the bestseller list on New York Times E-book.

Twitter Inc (NYSE:TWTR) traces its origin to the desks of technology entrepreneurs Evan Williams and Glass who were making a podcast service until then. They in time ventured into the instant messaging service space which in turn attracted the participation by Jack Dorsey. In the initial stages, it was funded by Evan Williams, who was already famous for building the ‘Blogger’ platform.

In due course, Twitter Inc (NYSE:TWTR) reached out to venture capitalists and sought funds to mature its micro blogging platform.  Six to Seven years have transpired since then and has come full circle with the company emerging as a $22 billion market capped firm.

With a host of new features and tweaks to its existing features, the blogging service has grown into a micro blogging site with a market capital of $22 billion. With the average volume of shares trading at 16.66 million, the 52 week price range for Twitter Inc (NYSE:TWTR)  has been ranging between $38.80 and $60.24. The trading range during yesterday was been between $54.23 and $57.

In the meanwhile, competitors of Twitter Inc (NYSE:TWTR) are in turn making heavy profits. Facebook Inc. (NASDAQ:FB) and Yahoo! Inc. (NASDAQ:YHOO) have had a good run in 2013. The stock of this social networking major has posted a major 107 percent increase in market value.

Twitter Inc (NYSE:TWTR) too has seen much momentum in the past few weeks. But the basic perception is that the fundamental analysis cannot explain the rise in the same.

Twitter Inc (NYSE:TWTR) has since seen James Cordell of Atlantic Equities, fixing a target price of $40, while he now suggests a ‘hold’ from the earlier ‘buy,’ raising questions of valuation. Wells Fargo followed suit, as did SunTrust, all worried about the sudden surge by over 30 times in the revenue estimated for 2014, and which continue to grow.

In the final tally, Twitter Inc (NYSE:TWTR) is marked neutral by nine analysts, while three do not see much growth. There are three analysts who are bullish, but the valuation does raise some serious concerns, which investors have to evaluate.