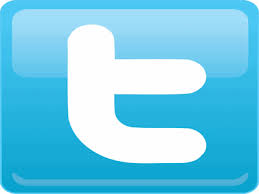 The company is constantly in innovation mode and has various features like retweets, hashtags and @replies. Somehow, though these features are used, they have not been exploited to their full potential. It is only when users get comfortable with using certain functions that they keep coming back to a certain platform. Somehow, Facebook seems to be able to do that a little better. Michael Sippey took charge of Twitter Inc (NYSE:TWTR)’s product team last year. Since then, he has overseen the reorganization of the Twitter Inc (NYSE:TWTR)’s development efforts that are specifically designed to make the company flexible and agile.

The results are palpable

It’s just over the last 4 months that this effort had begun showing results. The company has now introduced the “conversation view” that connects replies and tweets with blue lines. It has also inserted image previews into its core timeline. The other change is that photos can now be sent via direct messages. Very recently, Twitter Inc (NYSE:TWTR) redesigned its company apps for Android and  iPhone  and users can now swipe between the different timelines and also make messaging more noticeable.

The time to redesign

Resultantly, the redesign of the Twitter Inc (NYSE:TWTR) entire slew  of products has taken place. Sippey stated to verge that there was a certain philosophy behind all these changes and said that this is not where the company is stopping and many more such additions are in the pipeline. There are more Timelines that will make an appearance and more images are on their way as well. Direct messages had been gathering cobwebs and they are now gaining some recognition and prominence. Sippey said that the attempt is to never stop at making changes and that they are constantly working on where the company wants to head.

Twitter Inc (NYSE:TWTR) is going all the way with its new reorganization efforts as far as its products are concerned. In April, Twitter Inc (NYSE:TWTR) acquired Marakana, the training company. The Twitter team built an in-house developer school named the Twitter University. The goal was of building this team as to transform a larger number of the company’s employees into innovative mobile developers.

This move has added impetus to the company’s ability to have some in-house java engineers and backend engineers’ turnaround and become Android and iOS engineers. Hopefully, with all these great new ideas and concepts, Twitter Inc (NYSE:TWTR) will be able to forge ahead into the New Year.