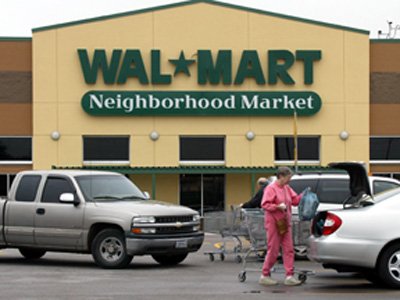 Dallas, Texas 11/27/2013 (Financialstrend) – Michael T. Duke, the President and Chief Executive Officer of Wal-Mart Stores, Inc. (NYSE:WMT) will hand over the responsibilities to Doug McMillon on February 1, 2014 who has been recently named the new CEO of the world’s largest retailer.

Something about Current CEO

Michael T. Duke joined Wal-Mart Stores, Inc. (NYSE:WMT) back in 1995 and served at various positions to led the “logistics, distribution and administration” divisions as well as Walmart U.S. Duke served as Vice Chairman of the company from 2005 to February 2009, when he get promoted as CEO. Before being named as CEO, Duke was also responsible for Walmart International where under his leadership the company expanded into mature and emerging markets. It was Duke under whom Walmart International transformed to a fast growing part of Walmart’s overall operations.

Prior to joining Walmart, Duke had over two decades of experience in retailing with Federated Department and May Department Stores.

Native of Arkansas, Doug McMillon identifies himself as a basketball guy. McMillon holds Bachelor in Business Administration and MBA from the University of Arkansas and University of Tulsa respectively. McMillon has been with Wal-Mart Stores, Inc. (NYSE:WMT) for about 22 years, having spent lot of time in merchandising in the Walmart U.S. division. These helped him gain meaningful insight into general merchandising including apparel, food and general goods. From 2006 to February 2009 he headed the company’s Sam’s Club division and following Duke’s promotion as CEO he took over Walmart International.

Doug McMillon’s long standing association with Wal-Mart Stores, Inc. (NYSE:WMT) made him more fit for the next CEO job versus other likely candidates including Bill Simon who has been with company since March 2006. Simon earlier served as COO and now is a CEO of the Walmart U.S. Earlier he was with Brinker International, Inc. (NYSE:EAT) as Senior Vice President of global business development overlooking the restaurant portfolio outside the U.S.