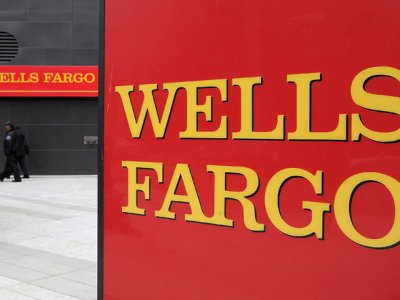 Dallas, Texas 12/12/2013 (FINANCIALSTRENDS) – Wells Fargo & Co (NYSE:WFC) is essentially a bank-holding company that has 3 operating segments: 1) Community Banking, 2) Wholesale Banking & Wealth, and 3) Brokerage and Retirement. It provides retail and commercial as well as corporate banking services via its banking offices and stores, online and through various other distribution channels to businesses, individuals and institutions in all the 50 states, in the District of Columbia and in numerous other countries.

The strength of a good bank

Though the company is known for the muscle it pulls in the financial world, it was dragged in the spotlight of the 2008 subprime mortgage fiasco as was the Bank of America Corp (NYSE:BAC). Twin lawsuits have been filed in the Federal Court and are the latest in the line of suits that were a result of the subprime mortgage industry collapse of 2008. It wasn’t just banks like Wells Fargo & Co (NYSE:WFC) that drew a lot of flak, but city governments, federal agencies and various other lenders also came under the scanner.

The lawsuit filed by the LA city attorney’s alleges that there was a continuous pattern of various discriminatory mortgage-lending practices in Los Angeles. These practices violate the existing Federal Fair Housing Act. They also claim that at first Wells Fargo & Co (NYSE:WFC) and Citigroup refused to grant any mortgages in the minority neighborhoods. This practice is referred to as redlining. This disparity was taken one step further and Hispanic and Black neighborhoods were targeted for predatory loans that are referred to as reverse redlining.

Of course, both, Wells Fargo & Co (NYSE:WFC) and  Citigroup Inc (NYSE:C) said that all these claims were baseless and that they had no merit whatsoever, A statement from Citigroup said that they are disappointed that the attorney in Los Angeles does not recognize the deep commitment that they have to fair lending. The lawsuits allege that the underserved and vulnerable borrowers had been denied by literally years of redlining. They had eventually jumped to the chance of obtaining these subprime loans that they could ill-afford.

The next blow came in the form of a flood of foreclosures when the housing bubble eventually burst and financing was denied to them. The lawsuit said that Wells Fargo & Co (NYSE:WFC) has been responsible for 1 of 5 foreclosures of around 1.7M homes in California alone.

Despite all these shake-up’s the market looks at Wells Fargo & Co (NYSE:WFC)’s balance sheet, its valuation and its dividend and opine that the company still harbors all the essentials that are required to hold its position in an Income Growth Portfolio that is increasingly income-protected. Though there might be a change in this over a period of time, at the moment, all of these points are still in its favor.

There is no doubt about the fact that Wells Fargo & Co (NYSE:WFC) exudes and aura of solidity which is very real and it has been very quick on the financial meltdown recovery path. The one downside is that public memory is short but not so short that it will forget the chaos that had erupted in big banks after the crash. Investors are going to be looking for a little more than just a dividend payout.