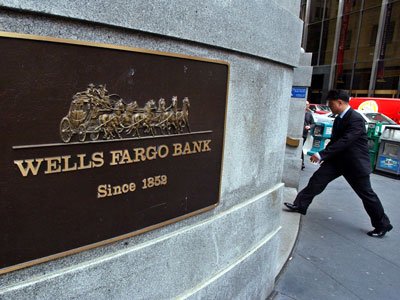 Dallas, Texas 02/27/2014 (FINANCIALSTRENDS) – Wells Fargo & Co (NYSE:WFC) and other large –sized US banks are known to allocate substantial sections of expenditure towards settlements or for settling of legal issues. Apparently, in this fiscal, one of the third-largest bank and financial service provider has announced the lowering of its litigation allocation.

Wells Fargo & Co (NYSE:WFC)in its report for the year, placed before the US Securities and Exchange Commission that – the bank will lower the buffer it maintains as part of the standard processes. The allocation for losses over litigation will now be $951 million as against the $1billion during the end of the third quarter.

Meanwhile Wells Fargo & Co (NYSE:WFC) is also found to be one of the best kept secrets in Fortune 500 companies which have been successful in the past 5 years.

This interesting facet of  one of the world’s largest and well-known banking services was discovered as part of a report. Two institutions- Citizens for Tax Justice as well as the Institute on Taxation and Economic Policy as part of their study which included listing the companies which were using federal tax subsidies, found Wells Fargo & Co (NYSE:WFC) heading the list.

Apparently the study covering 288 Fortune 500 companies found that WFC was one of the leading banks to have won itself tax subsidies for over half-decade now. The subsidies were surprisingly to the tune of $21.6 billion. Meanwhile other players such as Facebook Inc were found to be using just one tax break to help it neutralize its income tax for billion dollars profit during 2012 fiscal.

Wells Fargo & Co (NYSE:WFC) subsidies, according to a director of one of the participating institutes, Citizens for Tax Justice, that the bank was making a lot of money and was hence eligible for lots of tax breaks.

For the year under consideration, it was noted that the US profit paid by Wells Fargo was just 12.2%.