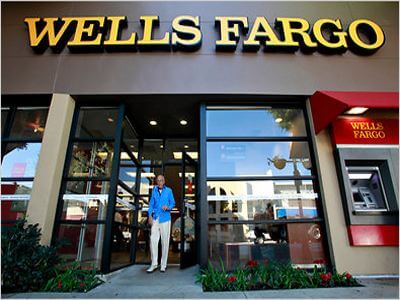 Dallas, Texas 03/11/2014 (FINANCIALSTRENDS) – Wells Fargo & Co (NYSE:WFC) has in the recent weeks part of a historic drama of unfair trade practices, by foreclosing a property of an owner who died at a workplace accident. The banking major had chosen to foreclose the property held by James Dollens, held at Rio Rancho. The home was marketed to him by Wells Fargo, while the insurance was issued by Minnesota Life. At the time of his death in August, 2010, he owed $125,000 as mortgage.

Wells Fargo & Co(NYSE:WFC) following the notification chose to issue notices to Dollen’s family, even as they requested the company wait for insurance release from Minnesota Life. However, by December of 2010, the company had applied for foreclosure.

Wells Fargo & Co(NYSE:WFC) has noted that the foreclosure had proceeded even after requests were placed before it. After the insurance company had provided the pay out, the bank had made deductions from $133,559.

Dollens’ family chose to file a suit before New Mexico district courts and found Judge Beatrice Brickhouse, hauling Wells Fargo & Co (NYSE:WFC) for punitive damages of $2.7 million, with overall award of $3.2 million. The judge noted that the bank had been shocking in its procedures and it was ‘reprehensible’ the process adopted.

However, bank spokesperson Jim Hines, reported that the bank would appeal the verdict as it was not in agreement with the ruling, across several parts. He stressed that the punitive damages slapped were definitely opposed by the bank.

The procedure for the family, he explained was to continue payment of mortgage until the insurance company made such payments. The procedure applied was purely retrospective in nature and followed procedure. The stoppage of payment by the family led to the application of the foreclosure clause, he explained. However, the bank would now appeal further, he claimed.