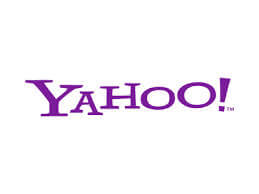 Dallas, Texas 05/15/2014 (FINANCIALSTRENDS) –Yahoo! Inc. (NASDAQ:YHOO) yesterday announced to have acquired a mobile messaging startup Blink whose app allows users send messages which follows self-deletion at a time set by the sender. The deal has been announced on Blink’s website. However, the terms of the acquisition have not been disclosed.

Snapchat was offered a $3 billion buyout deal from Facebook Inc. (NASDAQ:FB) late in 2013, which however, did not went through. Later, the social media giant Facebook acquired WhatsApp, a mobile messaging app, for whopping $19 billion, making it Facebook’s largest acquisition in its history. Early this year, Rakuten Inc., a Japanese e-commerce company, bought a free calling and messaging mobile app Viber for $900 million in February.

The Promises of Promising Snapchat:

As a remainder, Snapchat has just recently settled charges with U.S. regulators which accused it of deceiving users as the app promises that photos sent through Snapchat get self-destructed permanently after a set period. However, Snapchat has just recently topped the most popular messaging app WhatsApp in U.S. and it is expected to continually generating more traffic than its rivals, predict network traffic experts.

Yahoo! Inc. (NASDAQ:YHOO)’s CEO Marissa Mayer has been aggressively pursuing the company to build online services for the smartphones and related devices which are rapidly taking over traditional PCs to access the Web. The company has acquired several mobile start-ups raising its monthly users count to 430 million for a range of mobile products. Blink is now Yahoo!’s latest acquisition, however, its services are expected to be shut down following the acquisition for both Android and iOS platforms. Following the acquisition, it would be certainly of interest to check how Yahoo! is going to utilize the power of Blink.