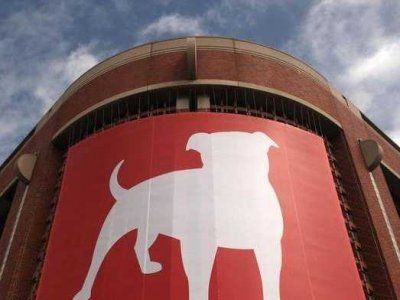 Dallas, Texas 12/17/2013 (FINANCIALSTRENDS) – There was a time when Zynga Inc (NASDAQ:ZNGA) was the reigning monarch of the online gaming space and then came its downfall. The company started losing traction  even as its games started slipping on the popularity scale. New entrants hit the gaming block and the company saw itself sinking and the unfortunate part is that Zynga Inc (NASDAQ:ZNGA) has not been able to do much to keep itself afloat.

It’s not totally down and out but it had definitely lost most of its sheen and glamour. May be the company was overconfident and felt that players will not stray far from Farmville and ZyngaPoker both of which got massive exposure on the global social networking platform that Facebook provided. The company of course launched other games, some of which hit the right spot while some went totally off mark.

Recently, Zynga Inc (NASDAQ:ZNGA) dropped almost 130 names that were slated to be future projects that never saw the light of day. Some of these names might also ne protection names for alt extensions. Some of the names that were included in this dropped list are ZyngaCasinoBlitz.info, TreasureVille.us/info and ZyngaAnimalWorld.info/.net/us. The company had created many names around the “ville” concept and one cancelled name was Hospitalville.info. The company was piggybacking Facebook very nonchalantly. Little did it realize that the social networking company will alter its policies and ecosystem and have a one-size-fits-all approach for all the social gaming companies.

Last week, FB published its 2013 Games of the Year list  and it holds the top-23 titles on the company’s platform. Pretty Simples’ Criminal Case grabbed top spot and Zynga Inc (NASDAQ:ZNGA)’s only entry on the list was Hit it Rich! Casino Slots and Farmville 2. The latter performed pretty well in its category and has over 10M monthly active-users.

What the future holds

There were also some plans of entering the real money gambling space in the U.S but that plan also fizzled out. It has 2 online real money gaming websites in the U.K, ZyngaPlusPoker and ZyngaPlusCasino but as far as the U.S market goes, it drew a blank.  Maybe the company did not lobby as hard as it should have in the United States and it lost out on a pretty lucrative opportunity as the online gambling market can be a very profitable business.  Despite the company’s negative earnings report and all the recent turbulence that it has experienced, Zynga Inc (NASDAQ:ZNGA) still has some scope to up its earnings per share due to the changes in payments that FB has made.