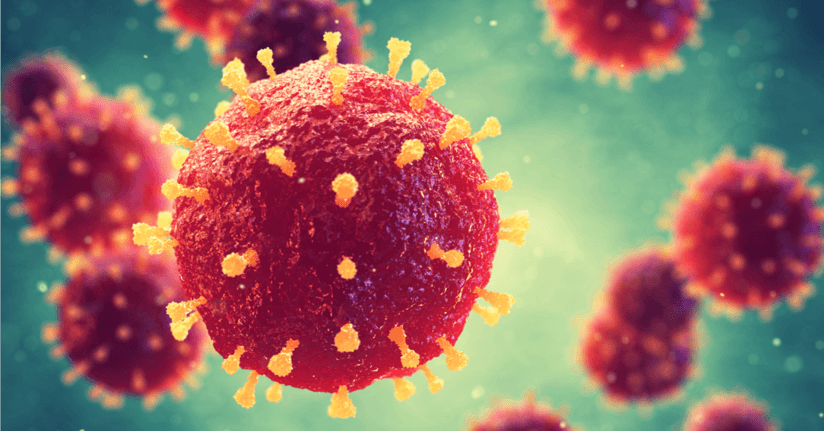 Major innovations in rapid pathogen detection may hold the key to halting epidemics before they spread.  Take a look at the companies leading the revolution…

Thousands of times per day, patients live by a doctor’s best decision.  But sometimes the most routine health problems can lead to the wrong diagnosis where wait times for virus detection can potentially lead to early fatality.

That achiness and fever after a sunny vacation could be a cold or maybe something much worse such as an unknown, potentially deadly virus such as Zika.

This new unknown bug seems like another round of flu—but that’s exactly how new pandemics spread out of control so fast.

Cases like these are why you should know about the tremendous investment potential of three companies developing life-saving point-of-care diagnostic tools that put real answers in doctors’ hands almost immediately.

The medical device sector has outperformed the S&P 500 by 138% in the last year. This is where to invest while the trend is still hot.

Thermo-Fisher Scientific (TMO), Bio-Rad (BIO) and LexaGene (TSX.V: LXG or OTC: LXXGF)—those are the names that you need to know.

That’s because these three companies make the most advanced bioassay devices on the market. Devices that correctly identify diseases by their genetic codes.

Learn More About LXXGF at your brokerage today!

There’s no doubt that TMO’s TaqMan system is the gold standard for gene-based assays. These lab-based systems rely on highly-trained technicians. When the situation calls for large numbers of samples at once—like a busy hospital—TMO is the market leader.

But we think the greatest upside for investors is with LexaGene.

The Unmatchable LexaGene Advantage on the Front Lines LexaGene is the newcomer, developing a fast, portable system that has set out to corner the market exactly where the two giants aren’t in charge.

LexaGene’s LX6 aims to have the same accuracy as the big systems—bioassays that are so sensitive and accurate that they can detect bacterial and viral diseases even in low, just-exposed, concentrations… even before the patient’s body has created any antibodies.

That’s why health officials can use systems like the LX6 (and the big TaqMan machines) to stop pandemics early[i]. Medical officers call them RT PCR systems—which means they are based on genetic codes. Doctors call them lifesavers because they can reliably and rapidly identify the exact virus, bacteria, or pathogen responsible for their patients’ symptoms.

And for doctors on the front line, treating patients in their own offices, the LX6 will mean answers in about an hour—no delays waiting for lab results to come back. Reducing the potential for misdiagnosis.

Look Where Else LexaGene Can Go

You won’t see a TaqMan in the back room at the local pediatrician’s office. Too big, too expensive. But LexaGene’s LX6 has a place there. And that’s not the only market LXG expects to win… Vets send out almost all their lab work. Then owners wait days to weeks for answers as their pet gets sicker. It’s not unusual for a beloved animal to die before lab results can tell the vet what to treat. Now, with an affordable LX6, vets can tell within one hour—right in their own offices—whether your dog, cat, bird or hamster has sepsis from a wound, distemper, tick-borne disease, leptospirosis or something else. Demand for reliable food and water safety testing is at an all-time high.  Reuters reports an alarming figure, “Roughly 48 million people, one in six U.S. residents, are sickened by tainted food each year and nearly 3,000 die.” Billions of dollars in lost revenue are at stake, as food producers and food chains fall victim to outbreaks of E. Coli, Salmonella, and other harmful pathogens.

You’re certain to remember Chipotle’s (NYSE: CMG) catastrophic devaluation at the height of its popularity.  Chipotle lost $6 Billion in value in a matter of months, as dangerous food-borne pathogens left more than 500 patrons seriously ill. Chipotle’s stock dropped from over $750 to $420 as it reported Norovirus in California and Massachusetts, Salmonella in Minnesota, and E. Coli in a total of 9 different states.

One thing is clear, the age of Big Agriculture has brought us big sickness. Last year, US consumers suffered repeatedly from large-scale distributions of tainted food.

Global testing for food safety is a nearly $13 billion market[iii], and still these outbreaks happen.

This is exactly where Lexagene shines.  The LX6 is able to check for up to 22 different potential contaminants in less than an hour, making it economical to use in real-time at food production plants  – preventing the outbreak at the source – and reducing the number of deadly food recalls that we see each year.

From the moment the first person shows up at a local hospital or clinic with suspicious symptoms, the doctor can immediately pinpoint the problem and prescribe the right treatment. Food recalls can happen fast when diagnosis is instant and correct. Locals check for e. coli, possibly giardia when there’s a question about our drinking and swimming water.

LexaGene’s patented microfluidic system was invented by company founder and CEO, Dr. Jack Regan, who was a lead scientist in developing a predecessor instrument designed for bio-warfare surveillance that was adopted by the Department of Homeland Security for the BioWatch Program. He also helped develop a second R&D instrument to detect respiratory pathogens from nasal swab samples.

Should Be the Biggest Med-Tech Surprise of 2018

Put LexaGene on Your Radar Today

LexaGene (TSX.V: LXG or OTC: LXXGF) should be a the top of your watch list right now if you want to ride the stock market’s hot med-tech sector with the company most likely to break out of the pack.

It’s only a matter of time before the market takes note of this newcomer aiming to challenge the biggest companies in the business.

And don’t forget—there’s always the potential we haven’t even mentioned yet. A buyout from one of the BIG biotech companies because the LX6 could fill in an entirely new niche for big companies like BioRad and Thermo Fisher. And that’s just too good of an opportunity to miss.

Take a serious look at LexaGene today and stake your position early.

Learn More About LXXGF at your brokerage today!