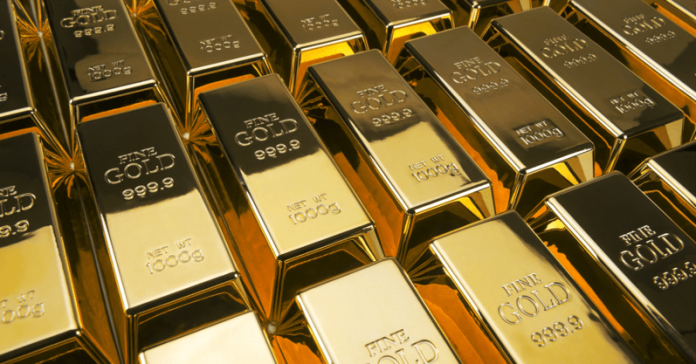 With the downturn in precious metals prices, it’s difficult to find even one gold/silver exploration company worth a look.   Here, we outline a host of exploration companies you might consider.  Such as New Carolin Gold (TSX-V: LAD, OTC: LADFF), which controls the entire landmass (144 square kilometers) of the Coquihalla Gold Belt.  Or, Teras Resources Inc. (TSX-V: TRA, OTC: TRARF), whose S. California gold property contains in excess of 1 million ounces of gold.   Then there’s Noble Mineral Exploration (TSX-V:NOB, OTC:NLPXF) which owns a patented property in excess of 70,641 hectares in the Timmins-Cochrane area of Northern Ontario, for which it holds the mineral rights (Project 81), focused on Nickel-Cobalt/VMS/Gold exploration. New Carolin Gold (TSX-V: LAD, OTC: LADFF) is an exploration company focused on the Coquihalla Gold Belt with over 690,000 ounces of 43-101 compliant gold ounces to its credit at the Carolin Mine.  The Company’s land package now exceeds 144 square kilometers and covers substantially all of the accessible land within the Belt.

Shares of LADFF have been relatively flat in the mid $0.25 range, though LADFF has drifted lower, though it could spell ‘opportunity’ – even in this market, what with gold in the low $1200s and silver tickling $14 an ounce.  In both cases, precious metals have seen price depreciation.  But not because of supply and demand, more relating to the trade war with China, Europe and yes, Canada.

The dollar’s strength has also nipped at the heels of gold, and with Treasury yields higher, it’s difficult to attract cash to the sector – and exploration companies constantly need cash to further their projects.  Indeed, when the trade war with China made headlines Europeans and Asians alike did not make the ‘flight to gold’ as a hedge against deflation.  Instead, the dollar stood out alongside U.S. treasuries as the place to be.   But whatever reason you attribute to gold and silver prices being down you have to be prudent and consider investing when prices (gold stocks) are down.

Despite the downturn in gold and silver, New Carolin Gold (TSXV: LAD, OTC: LADFF) announced on July 17, 2018 that its private placement was Oversold, having raised $1,390,174CND through the placement of Units priced at $0.30 – a premium to the then market price ($0.25).   On closing the Company issued 4,633,913 Units at $0.30 per unit.  Each Warrant entitling the holder to purchase one additional common share at a price of $0.45 per share for a period of twelve months from closing.  With the Warrants only good for 12-months, it made the Offering priced out-of-the-money – across the board.

Teras Resources (TSX-V: TRA, OTC: TRARF) owns the Cahuilla gold property in Imperial County, California.  Mine Development Associates completed a NI 43-101 resource report; reporting an indicated resource of 1.0 Million ounces of gold and 11.9 Million ounces of silver – but that was in 2013.   Still, TRARF managed to raise just shy of $680,000, priced as a Unit at $0.055 with Warrants at $0.075. The closing of that financing was announced on August 1, 2018.

TRARF also acquired NV Mine Development, Inc. through which a sweet silver property was acquired while management touted the addition of a well-known geologist to its management team, Steve Craig, which was disclosed in a separate announcement – though Craig has a problem with BC regulators who barred Craig from serving as an officer or director of a Canadian public company – something Teras neglected to disclose in that news release.

Noble Mineral Exploration (TSX-V:NOB, OTC:NLPXF), like Teras and New Carolin, Noble also raised capital this summer, announcing on Sept 9, 2018 that it closed the final tranche of a private placement, raising a total of $663,000 through the placement of 400,000 Units at $0.06.  Each Unit included a Warrant to purchase an additional share at $0.10, though the exercise period is three years.  Noble’s shares are trading up slightly over the Offering price, but the shares are thinly traded – as are shares of Teras Resources.

Teras Resources (TSX-V: TRA, OTC: TRARF), Teras is focused on developing its Cahuilla project located in Imperial County, California. The project encompasses an area of at least 3 km by 1.5 km and Teras believes that the Cahuilla project has the potential to develop into a mining operation consisting of altered and mineralized sedimentary and volcanic host rocks with numerous sheeted high-grade sheeted quartz veins.

Noble Mineral Exploration (TSX-V:NOB, OTC:NLPXF), a junior exploration company, engages in the exploration and evaluation of mineral resources properties in Canada. The company primarily explores for nickel and gold. It primarily holds a 100% interest in the Project 81 covering approximately 171,810 acres of patented land package located in Northern Ontario.

New Carolin Gold (TSXV: LAD, OTC: LADFF), an exploration and mine development company, engages in the acquisition, exploration, evaluation, and development of various gold properties in Canada. It holds a 100% interest in the Ladner Gold project located in the Coquihalla Gold Belt in Southwestern British Columbia.

You have to ask yourself, why would someone invest in a gold exploration company at a time when precious metals pricing was in a downward spiral?   What did LADFF have that made it an exceptional investment?

The answer is… New Carlin Gold has real assets and, they’ve cornered the entire Coquihalla Gold Belt, a plus for investors, which is why it is our favorite for reader consideration.

Legal Notice: This work is based on what we’ve learned as financial journalists. It may contain errors and you should not base investment decisions solely on what you read here. It’s your money and your responsibility. Nothing herein should be considered personalized investment advice. Although our employees may answer general customer service questions, they are not licensed to address your particular investment situation. Our track record is based on hypothetical results and may not reflect the same results as actual trades. Likewise, past performance is no guarantee of future returns. Don’t trade in these markets with money you can’t afford to lose. Investing in stock markets involves the risk of loss. Before investing you should consider carefully the risks involved, if you have any doubt as to suitability or the taxation implications, seek independent financial advice. Financials Trend expressly forbids its writers from having a financial interest in their own securities or commodities recommendations to readers. Such recommendations may be traded, however, by other editors, Financials Trend, its affiliated entities, employees, and agents, but only after waiting 24 hours after an internet broadcast.

(c) 2018 Financials Trend. All Rights Reserved. Protected by copyright laws of the United States and treaties. This Newsletter may only be used pursuant to the subscription agreement. Any reproduction, copying, or redistribution, (electronic or otherwise) in whole or in part, is strictly prohibited without the express written permission of Financials Trend.