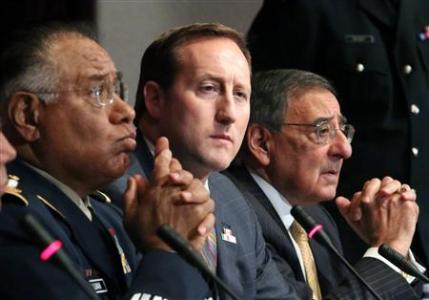 Since the devastating terrorist attacks on the World Trade Towers in the United States in 2001, national defense has been a hot subject, especially in regard to the organization encouraging and starting such attacks, Al Qaeda. The most recent forum for political discourse among ‘rebel’ or ‘terrorist’ groups, the internet, has facilitated more threats than any hope of reconciliation with the jihadist groups. New web sites advocating, in Arabic, for the downfall of America, France, and the ‘nonbelievers’ have come to the attention of American security officials, while the turmoil of American economy threatens defense spending.

The President of the United States, Barack Obama, has taken some obvious ‘shortcuts’ with some parts of American law, using administrative power instead of relying on corporation or legislation to pass to achieve his goals. His new appointee for the office Defense Secretary, Senator Chuck Hagel, is in favor of less defense spending and nuclear power cuts, alternatives many knowledgeable conservative military personal see as the wrong solution for better national security. However, this simply illustrates the divided nature of American politics, because equally knowledgeable and responsible liberals think that Hagel will be a great leader and support ‘war fighters.’

There is no question that President Obama is interested in cutting military and defense spending, and even in disarming nuclear missiles and other nuclear weapons, as he discussed with Russian leader Dimitri Medevdev. Mutual agreement on arms stockpiling and active weaponry are essential to prevent the hysteria of the Cold War from recurring, but complete disarmament of nuclear weapons could leave the United States vulnerable, or at least appearing that way to groups like Al Qaeda.

An example of the way the Obama administration has been treating ‘terrorism,’ and how Hagel plans to conduct himself if appointed, is the Fort Hood shootings from three years ago. A terrorist acting as a soldier at Fort Hood in the United States and linked to Al Qaeda and other terrorist groups in Yemen killed 13 of his fellow soldiers and injured dozens more. This incident was not reported as an act of terrorism, but as ‘workplace violence’ by the Pentagon, in a politically correct statement. Hagel, when asked about Fort Hood, especially the identifying of terrorist-like behavior or beliefs among soldiers, focused more on non-discrimination of Muslims in the military than of the other issues. Of course discrimination is bad, but as a would-be Secretary of Defense, Hagel’s answers sparked controversy over his nomination.

Unfortunately, it is impossible for America to govern in a way that makes negotiation easy with every foreign country or body of people, but having a good national defense can be the best offense against radicals who seek to hurt or kill Americans. The United States’ military issues will not be solved just by partisan involvement in politics, nor from cutting defense spending; no one policy can single-handedly create or stop terrorism. The closer government gets to creating policy that most Americans agree with, the closer they are finding the best defense strategy, standing together against the many threats of the modern world is just as important now as ever.