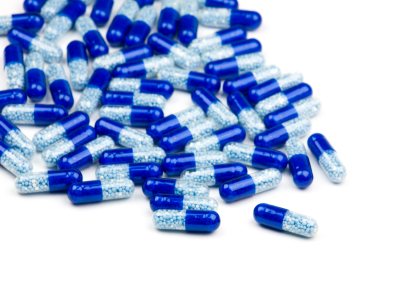 Dallas, Texas 12/05/2013 (Financialstrend) –  Arena Pharmaceuticals, Inc. (NASDAQ:ARNA) which has been one of the proprietary drug manufacturers, lost heavy weight from $13.50 to $4.05, quite literally following the launch of a weight-loss drug called Belviq.

Analysts believe that this phenomenon was tracked in some of the similar stocks as well. The first of this was VIVUS, Inc. (NASDAQ:VVUS) which saw a sudden shoot up in stock prices, when a product was in the process of being launched, but post the event, saw prices drop to low levels and eventually stagnate at the same.

For Orexigen Therapeutics, its weight-loss drug, called Contrave, was regarded in 2011 by Food and Drug Administration as heart-disease causing drug. However, OREX has now accumulated the data to establish that its weight-loss drug does not cause heart-risks. OREX is now in the process of representing the same to FDA and will probably see it debut by the middle of 2014.

In case of Vivus, the company saw the sudden surge-and-drop, flip-flop at the stock market with its anti-obesity drug Qsymia, during the months of July.

The stocks of these shares too were found to have peaked to $31.21 even before it was approved by FDA. However, prices fell to $10, just four months later and are now trading at $8, which is far removed from ‘golden’ expectations of $50 to $60 that the market saw both before and after the approval of the drug.

Now, in the case of Arena Pharmaceuticals, Inc. (NASDAQ:ARNA), its drug Belviq, was in a bit of trouble, as the Food and Drug Administration had an issue with the classification of the drug.

But, the irony is that the stock had already recorded a drop well before news of this surfaced.

In the third quarter Arena Pharmaceuticals was found to have sales to the tune of $4.8 million, which is much lesser than the revenues of the other weight-loss drug, Qsymia.

Incidentally, much before Belviq was launched, the hype had predicted that this drug would exceed $400 million in the next two years. Reportedly, the same fancy predictions for Qsymia were $1 billion for 2020.

Arena Pharmaceuticals, Inc. (NASDAQ:ARNA) continues to be a top-rated drug in the pharmaceuticals industry, among the other competing companies.

At close of trading on 4th of Dec, the stock was seen to open at $6.69 and was found to close at $6.60. Though, it did record negative activity in the region of -0.90%, in comparison to earlier trading period. The volumes traded were in the region of 5.57 million, even though the average volume of the stock was observed to be 5.77 million shares.

Arena Pharmaceuticals, Inc. (NASDAQ:ARNA) has been a long time player in the development of commercial drugs that hold target G protein-coupled receptors. It products are currently available under Eisai Inc, a subsidiary it holds. Its most important drug, the weight-loss causing drug belviq is now available in the U.S. under Eisai Inc.

It also has drugs used for treating pulmonary arterial hypertension, called as the APD811, currently in Phase I. It also has products which treat thrombotic diseases, under serotonin 2A receptors.

Belviq is available in the United States, ever since it was approved by the country’s regulatory body, Food and Drug Administration back in June 2012. However, the fate of most of the other weight-loss drugs brought out by competitors is currently under review, and it needs to be seen if Belviq outlasts the competition.