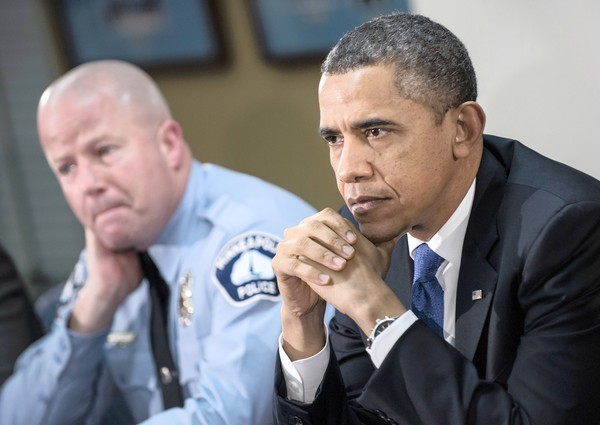 Yup you read it right. Chicago is calling Obama to address gun violence. Relatives of victims who have been shot in Chicago and Civil Rights leader Jesse Jackson requested President Obama to come to his hometown in Chicago for addressing the gun violence issue that is becoming a rapidly increasing threat for the city.

Before beginning of a march in Chicago’s South Side, Jesse Jackson, the former Presidential Candidate of Democratic party said in a statement that Chicago, the third most populous city of America needs more help on the issue of gun violence because the offerings of police superintendent Garry McCarthy and Mayor Rahm Emanuel are not enough.

Gun violence has become one of the biggest threats for Chicago and it attained national spotlight last year when 506 murders were reported by Chicago police. This is 17 percent above from the previous year. According to a Chicago police report issued on Thursday, there were 157 shootings and 42 homicides so far in this year.

The topic of gun violence drew more attention with the murder of a 15 year old girl Hadiya Pendleton. She had performed with her high school band at President Obama’s second-term inauguration. She was brutally murdered near President Obama’s old house in Chicago. Jay Carney, the spokesman of President Obama, said in a statement that Obama family is praying for victim girl’s family.

Many people in Chicago feel that if President will come for addressing on this sensitive issue, then it will get some national importance and leaders will think about making some changes in a quick manner. A petition has been posted on the website of White House under the title of “We the People”. The petition urges Obama family to visit Chicago and to attend victim girl’s funeral on February 9th. Petition requires at least 100,000 signatures for receiving an official response from White House.

According to Chicago Police, Pendleton was killed when she was lying under the canopy of a park for shielding herself from rain. Some friends were also lying with her on the same place. Police has filed the case as a mistaken identity case and has announced an award of $40,000 for the person who will tell about the killer.