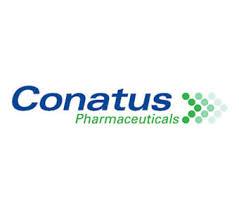 Cash/cash equivalents and marketable securities came at $31.1 million at close of September 30, 2016, compared with over $36 million at the end of December 31, 2015. Conatus Pharmaceuticals believes existing financial resources are adequate to maintain businesses for at least the subsequent 12 months.

In the last trading session, the stock price of Conatus jumped over 37% to close the day at $6.11. The gains came at a share volume of 14,700 compared to average share volume of 1.96 million.