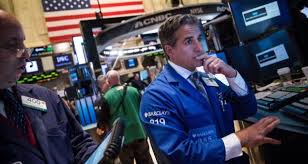 Exelixis, Inc. (NASDAQ:EXEL) has released their financials results for the 4Q2016 and FY2016. The company also provided an update on its corporate objectives and upcoming milestones. For its 4Q2016, EXEL recorded a net income of $35.1 million, as compared to a net loss for 4Q2015. Exelixis was able to beat analyst estimates by a wide margin. EXEL recorded a net income of $0.12 per share, as compared to Wall Street estimates of a loss of $0.01 per share.

The company posted a revenue of $77.6 million for the 4Q2016 and $191.5 million for the FY2016. Unfortunately, Exelixis recorded a net loss of $70.2 million, for the FY2016. In its update for the current year, the company stated that it is focused on maximizing the opportunity of its two proprietary drugs, cabozantinib and cobimetinib, which EXEL believes have the potential to fight a variety of cancers. However, the immediate priority for the management is the launch of CABOMETYX tablets, in the US. It should be noted here that this drug was responsible for generating $44.7 million, during the 4Q2016.

The CEO of EXEL, Michael M. Morrissey, stated that 2016 was an infliction point for the company, given the approval of CABOMETYX in the US and emergence of some key data sets. He also revealed that the company has secured some important partnerships, during the last year, which would further help advance the company’s proprietary drugs. Mr. Morrissey also claimed that they have started the current year with a focus on generating free cash and reinvesting the EXEL’s product pipeline.

In addition to this, Exelixis has secured a new collaboration with Roche, for a phase-1b dose escalation study. The company plans to determine the safety and tolerability of cabozantinib, with the PD-L1 therapy from Roche. The trials are being sponsored by EXEL, with enrollment due to begin by mid-2017.