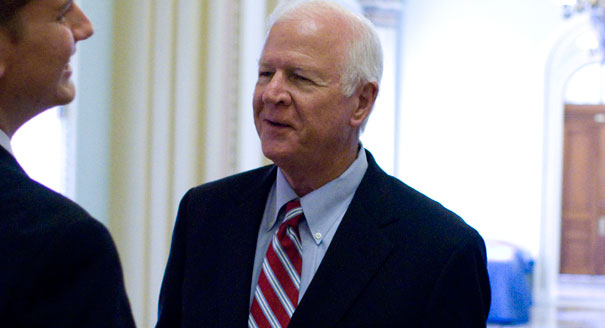 Saxby Chambliss, Senator of Georgia, has announced today that he is not planning to run again for a fourth time and that he will also leave the Congress. This means that there is going to be one less individual from the Republican Party to debate with the Democrats over the fiscal issue.

Chambliss is mainly known for rebelling against the anti-tax policies where he claimed that the government should be more open to increase taxes. There hasn’t been a formal announcement yet on who is going to replace him for now but Representative Michael Price or Paul Broun are possible candidates. He is also one of the most important members of the Eight group that involves senators who constantly work for reducing the deficit budget. However, it is obvious that this group wasn’t able to create or implement a plan that is viable.

During the negotiations that took place last month, Chambliss was perhaps the only Republican who didn’t have a problem with President Obama increasing taxes. Even though he was constantly criticized by the other members of his party, he still stuck to his decision and supported the President and the Democratic Party. He believes that the wealthy will have no problem in paying taxes whereas citizens from the lower and middle class will. He also explained that the middle class were the ones who seriously suffered from the economic crisis that still has effects till now. Most of them ended up losing their homes or jobs during this crisis.

The Congress was able to pass a deal at the last-minute that involved extending all the tax breaks and spending cuts for Americans except when it comes to families who are currently earning less than $450,000. However, conservative activists and some politicians were very quick to object the decision. This is one of the few incidents that a member of the Republican Party agrees with President Obama or anything the Democratic Party wants.

Saxby Chambliss has always been an integral part of the Republican Party no matter what his points of views were. He was the senator of Georgia for three times and he has been praised by citizens several times. He is perhaps one of the few senators who has never been into any serious feuds or was exposed in a scandal. This is going to be his last week in his current position as senator of Georgia.