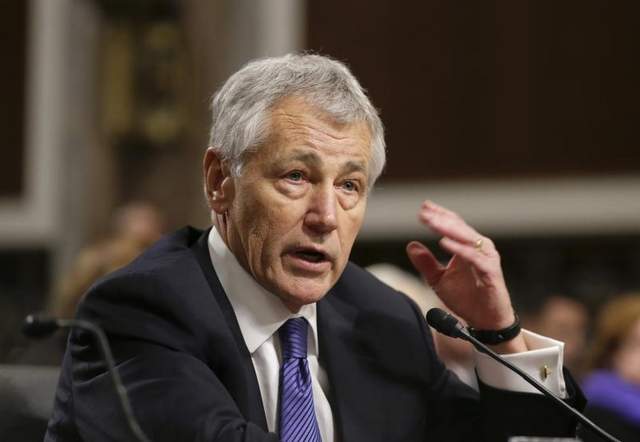 On Tuesday, a vote had been held in the senate after which Chuck Hagel has been confirmed to lead the defense department. He is going to replace Leon Panetta which will mark the end of the debate that had been initiated after his nomination. Now here it is also important to ponder that Hagel had been nominated by President Obama himself. Hagel is a republican and a former senator from the areas of Nebraska.

President Obama had stated that I will be relying on the selection of Hagel as the head of the defense department, especially in terms of his advice on ending the war in Afghanistan and brining all our troops and fighters back home. He also said that the country is going to rely on Hagel’s judgments in terms of meeting the challenges of the present times by keeping our forces organized and ready, as they are the best in the world.

But on his appointment, Hagel has inherited the prevailing budget crisis. Not to forget here that last week, an announcement had been made by the Pentagon about the furloughing of the 800,000 civilian employees in order to tackle $ 46 billion shortfall. In response to his appointment, Hagel said that he is going to work in close collaboration with the congress for ensuring that our military remains the most vigilant and strongest in the world. He also added that our prime goal would be the protection of this great nation.

Furthermore, Hagel had also faced a great opposition from the side of the Republicans who were not happy at this nomination and now on his appointment. In this regard, Sen. John McCain said that he will no longer continue to oppose the votes for Hagel’s nomination, thus leading the stage to be set for Tuesday. Earlier three of prime antagonists-Sen. McCain, Ted Cruz and Lindsay Graham had voted in the negative for the nomination of Hagel. The reason for McCain had voted in favor is for the sake of ending the debate. On the other hand, 4 other republicans have also voted in the favor of Hagel.

A few days back, James Inhofe had been opposing Hagel over his position and views on the nuclear strategies of Iran. He also said that Hagel has exhibited a lack of commitment towards Israel. Not forget here that Hagel had fought in the Vietnam War with his brother and had also received Two Purple Heart Medals.