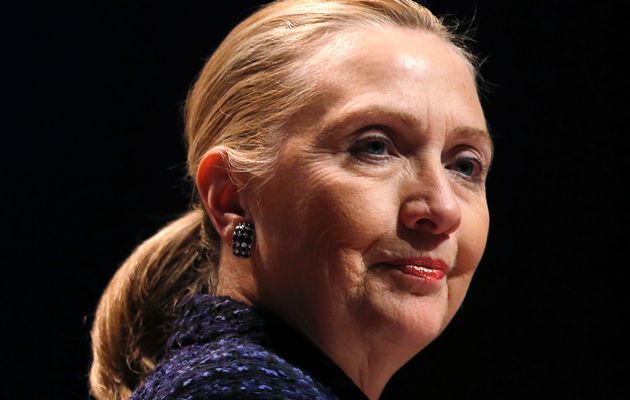 During the treatment, blood thinners were supplied in a vein near her right year.  She did not suffer from stroke or any other neurological damage during the treatment. After getting discharged from hospital, she is taking rest at her New York located home. It is notable that Clinton has suffered from several health issues during the last month including a stomach virus, a concussion and after that a blood clot. All these problems were results of dehydration she suffered from due to flu. Her doctors are trying hard for a complete recovery.

According to State Department, Clinton is keeping herself up-to-date with the work information by talking to her staff and receiving work memos. Now she will get back to work since Monday. However, some doctors are saying that Hillary should not come back to work right after the treatment of a clot near the brain. Instead it would be better to take rest for a few more weeks.

Hillary Clinton, 65, will attend a meeting with assistant secretaries of state at 9:15 AM on Monday. This week is filled with several meetings (around a dozen) for her. Three meetings are on the White House alone. Her first White House Meeting is scheduled for Tuesday. National Security Advisor Tom Donilon and Secretary of Defense Leon Panetta will also take part in that meeting. On Friday Clinton’s schedule contains meeting with Afghan President Hamid Kazrai.

Reportedly Clinton will step down in the next few weeks and President Obama has chosen her successor, Senator John Kerry, Chairman of Senate Foreign Relations Committee to replace her. She also has not planned to stay for President Obama’s second session but will stay in place until Senator Kerry takes her place. According to State Department spokeswoman, Victoria Nuland, she will also testify the hearings related to Benghazi attack before leaving the chair for her successor, Senator Kerry. White House and Senate both have been adjourned till mid-January and no Congressional Hearings are listed on the schedule released by State Department on Sunday.