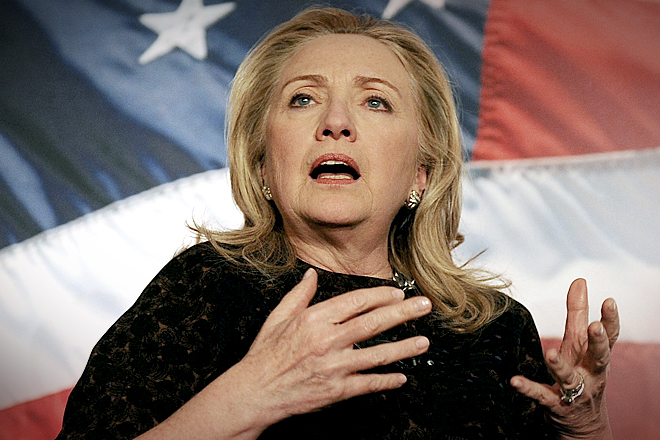 Nobody knows now that what is Obama thinking about the growing reputation of Hillary Clinton in the US? She is indeed the strongest candidate for the elections that would be held in the year 2016. In this regard, David Plouffe, who had engineered the Obama wins in the past two elections, is of the view that Hillary is presently in both the parties at this moment. He also added that Hillary is also the strongest and most interested candidate for the upcoming elections. He had made this statement in interview he gave in NYC. David also added that for now she needs to enjoy some quality time with her family and husband. He continued by saying that Hillary would be the strongest among them all, only if she does not changes her mind in the end. Now here, in lines to the statement it should be noted that there are chances that Hillary might not decide to compete for the election.

Is Obama planning to make his work for the third time by not allowing Hillary to be the competitor? Her views on the issue of gay marriage are quite positive due to which she would be able to bag the votes from the side of the lesbian and gay groups in the US. Obama also his eyes set on the rising repo of Hillary, but is he worried about it, no one knows. It is also evident that Obama needs to take some revolutionary measures in terms of notching his repo to the mark where it was many years ago. The views of Romney on this issue would also have been interesting, but unfortunately nothing has come from his side till now on the rising fame of Hillary. The statements from the side of David have come 2 months after the speech which Obama had given in the favor of Hillary on her retirement as the Secretary of the State. David also added that if Hillary decides to take the dangerous plunge in the election, Obama would never be on her side in times of the election campaign. He concluded by saying that I would love to take the call from the side of Hillary whenever she calls me, but I think my days as the advisor and strategy maker in terms of the election campaigns seem to be over now, but I would love to help like everyone else.