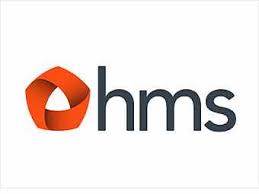 Dallas, Texas 08/22/2014 (FINANCIALSTRENDS) – HMS Holdings Corp (NASDAQ:HMSY) continues to play the stock market based on its 8 August, 2014 financial reports for the second quarter.

The solid performance by the company has since reported changed the forecast for the current quarter.

The company saw much of the positive results trickling in through the Medicadi expansion. The company reported that it saw an increase in the demand of the cost containment services which are expected to see large-scale operating expense savings, according to the President and CEO of HMS Holdings Corp (NASDAQ:HMSY) Bill Lucia.

The strong performance in the second quarter, according to the CEO now allows the company some band-width to work in greater focus on its aim to achieve 5 to 6% margin expansion coupled with revenue growth of 10% and 11% during the non-Medicare RAC segment, he shared.

It was also noted that the strong sales were together in the region of growth in Medicaid and related to increase in the re-procurement of the Medicare RAC contract which was expected to show a negative impact, subject to the total revenue.