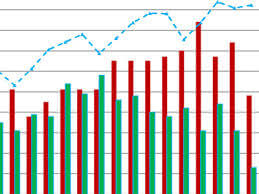 Dallas, Texas 01/17/2014 (FINANCIALSTRENDS) – Intercept Pharmaceuticals Inc(NASDAQ:ICPT) has been on a roller-coaster of sorts on the stock market, with news of its much touted OCA product for NASHrelated trails, receiving both bouquets and brickbats.

Intercept Pharmaceuticals Inc(NASDAQ:ICPT), ever since it met the preliminary endpoint on its trail, which incidentally was sponsored by NIH had recorded massive growth of nearly 292.2% as of Jan 9, 2014. The product drove the rally, following the Food and Drug Administration efficacy for the Phase II testing for Obeicholic Acid or OCA against epidemic like NASH. Together with projections of estimated $4 billion sales of the product, put out by Bank of America ensured the massive rally for the drug maker.

Intercept Pharmaceuticals Inc(NASDAQ:ICPT) OCA for NASH is subject to other drug-based aspects as well. It has been found that NASH occurrence is very closely related to the resistance the individual has for both obesity as well as insulin. It is also known to cause liver fibrosis. It has to be noted that firborsis of any organ will ultimately result in the failure of the organ. And the liver is very important in the process of treatment of NASH. Considering the fact that the treatments thus for NASH do not involve the treatment against fibrosis when NASH is detected at advance state, early detection of this disease is critical to curing NASH with the current crop of products.

The problem with NASH is that it is very difficult to detect, unless investigations are directed specifically to detect the condition. In that context, Intercept Pharmaceuticals Inc(NASDAQ:ICPT) is believed to have the highest chances to target those of the receptors which control the bile circulation. Bile is the very important endocrine excretion, critical to the various process of the body on a daily places.

However, on the stock market the company has reported a massive drop, marking only 1.9% gains.