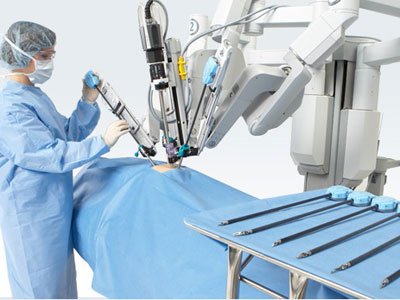 Leerink announced its medical technology stocks it would look forward to in 2014, listing Intuitive Surgical, along with some ofteh other LVAD device majors- Heartware, Stryker for neurovascular and robotics, besides Intuitive.

According to another analyst, Jefferies, Intuitive Surgical, Inc. (NASDAQ:ISRG) is expected to see  long-term growth. The analysts believe that US-based robotic instruments maker does stand a chance to rise forward in the second half of 2014 and move forward higher by 2015.

However, they qualify the ‘Buy’ they have since Dec 2013 on Intuitive Surgical, Inc. (NASDAQ:ISRG) runs on two parameters: One, the new market segments that the stock is attempting to penetrate has to be sustained in the long term. Second, the extent to which two important segments that the company operates in- gynecology and urology- develop in the course of the period under consideration. Their higher price target is $480.

There are several detractors on this issue.

Analysts believe that the recent FDA warning – resistance in the movement of robotic arms by surgeons- resulted in Intuitive Surgical, Inc.(NASDAQ:ISRG) making a quick recall of some of the products, back in November 2013. It was found that the arm would ‘stall’ for brief seconds before it achieved full momentum and move to ‘master position,’ once the resistance was overcome by the surgeon.

The main product line for Intuitive Surgical is its da Vinci robotic surgical system, and there was cause for worry in the last week of December, when it was found that several incidents of injury due to the robotic arms were never reported thanks to a policy, says David Challoner at the University of Florida, ‘Every link in the Chain has a reason to report’ (on the ‘adverse event reporting system’) for the robotic surgical arm.