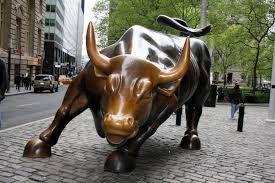 In 2016, Jaguar commenced offering the botanical extract to a supplier for use solely in China. The revenue from this sale, which amounted to $24,000 in the year closed December 2016, is recognized upon delivery to the supplier as no return rights are offered to this distributor. They witnessed a decline in Neonorm Calf unit sales in the fiscal year closed December 2016 versus 2015 leading in the drop in revenue. The drop in cost of revenue was in-line with the drop in revenue.

Jaguar is increasing its efforts to support sales growth. The company increased R&D expenses to $7.2 million from $6.5 million in the reported period. Also, it increased headcount to allow them to record considerable progress in the advancement of certain drug candidates that led in the jump of $654,000 in personnel and associated benefit costs, while prudently controlling spend in clinical studies and contract manufacturing.

Clinical study costs surged due to dog efficacy and safety trial and horse dose determination trial both of which commenced in FY2016. These costs were offset by a decline of contract manufacturing costs related with the setup of production facility in Italy, which was closed in March 2016. Stock-based compensation came at $181,000 compared to $472,000 in the year closed December 2016 compared to the same period, a year ago. Other expenses, consisting mainly of consulting and formulation costs, came at $1.7 million compared to $470,000 in the reported period.