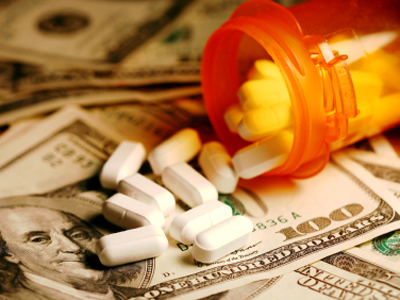 Dallas, Texas 11/11/2013 (Financialstrend) – The $1.25 billion market capped bio tech firm Nektar Therapeutics (NASDAQ:NKTR) saw its market cap zoom upwards by close to 21% when its reported results from its third quarter operations. The bull run was being backed by stronger than expected revenue from its 3Q operations couple with huge potential the company demonstrates through its big pipeline of strong drug candidates.

The firm announced that its 3Q loss per share was $0.05 lower than the street estimates of -$0.19 per share. The drug firm was able to cut down the gap between its accumulated net loss and its revenue significantly. It was able to bring down its net loss to just $16.5 for 3Q while it was hovering around the $43.5 million mark during 3Q12. The shrinkage in the loss was accomplished by the tripling of revenue to $60.9 million in 3Q, in comparison to $18.4 million that was registered during 3Q12. Analysts had predicted that the firm would bring in revenue of only $55 million.

In the fourth quarter, analysts expect the revenue to go up further as sales pick up is expected and bring in close to $77.4 million during the 4Q operations. In their outlook for the end of the year quarter, the executives indicated that their target drug NKTR 102 which is being designed to treat breast cancer has passed through the initial testing with flying colours and hence the firm is looking forward to hasten its next set of clinical trials. They also indicated that their target drug for Pain relief “ NKTR-181” had been found to be very effective in offering pain in suffering patients and had no side effects like dulling of senses which some patients complain of when they are being treated by “opioids”. Thanks to the strong results, the firm announced that it is initiating Phase 3 tests on the drug in the first quarter of year.