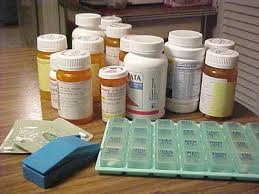 For the 1Q14 the company reported net product sales of $17.9 million as compared to $0.7 million for the same quarter of last year, which indicates a sequential growth of 17% over net sales in the 4Q13.

NPS Pharmaceuticals, Inc. (NASDAQ:NPSP)’s president, MD and CEO Francois Nader, said that: “We are pleased to report that physician and patient interest in Gattex continues to be very high, After a challenging January and February, which were partially affected by severe winter weather, we saw key metrics bounce back for prescriptions in March and April with weekly averages exceeding those in the fourth quarter.”

The company is going to receive a cash payment of $15.2 million on May 15, 2014 for the Sensipar/Mimpara royalties which were earned earlier in the 1Q14. The remaining royalties of Sensipar/Mimpara for an amount of $8.0 million will be retained for the payment of advance royalty which was received in August 2011 from Amgen.