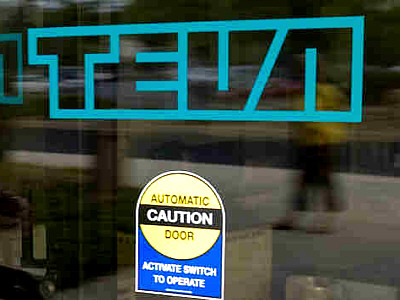 Dallas, Texas 12/11/2013 (FINANCIALSTRENDS) – The famous pharmaceuticals company Teva Pharmaceutical Industries Ltd (ADR) (NYSE:TEVA) recently got an Orphan designation for Treanda in indolent B-cell non-Hodgkin lymphoma. Moreover the Teva has also got the exclusive six months of pediatric exclusivity for the drug. The summary of exclusivity of tow indications suggest In iNHL through April 2016 and inCLL through September 20, 2015. The company also reported its quarter 3 numbers and as per them the YTD US sales for Teva Pharmaceuticals stands at $531 million which is an 15% overall growth in sales for the quarter 3 as compared to the same quarter of 2012.

But as per the Eric Palmer from the Fierce Biotech the extra sales of the Orphan drug will not take them very far as another patent of Copaxone goes off in the next year.

Recently the Teva Pharmaceutical Industries Ltd (ADR) (NYSE:TEVA) signed a $718 million agreement with the Israel Tax authority and is seen as a very smart and strategic move to earn more revenue. The Teva pharmaceuticals has reached an agreement to pay the State of Israel this amount for the release of its trapped profits and it also wants to settle its Tax assessments for the years 2005-2007. The company is also planning to follow the similar principles for the 2011 year tax assessment. The Teva pharmaceuticals will also take charge of about $235 million in quarter four.

This deal also seems to be favorable for the investors as they can expect good amount of dividends and most of its tax assessments will be settled which are already under dispute for such a long time. As per the company spokesperson they are trying to leave all the past distraction behind and start in a new manner and want to grow with a positive attitude.