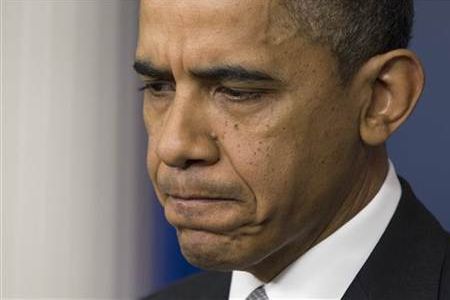 Responding directly to the Republicans on Monday, President Obama issued a strong warning to them on the topic of raising debt drilling saying that he will not allow republicans to use debt ceiling as a bargaining chip. He spoke in a press conference on Monday and said that to entertain the idea of our not paying the bills is absurd. His statements in the conference clearly indicated that his second session is going to create more risky budget showdown.

He said that the faith and credit of the country is not a bargaining chip and for Republicans it will be better if they understand these points quickly because time is running short. He also cited an act done by Republicans in past, saying that last time also they (Republicans) flirted this idea in Congress and our AAA Credit Rating went down for the first time in history. The financial well being of American people is not leverage for using.

On the other hand, Republicans are also firmly standing on their demands. Republican House Speaker, John A. Boehner, also quickly responded to the points of President Obama after the conference saying that Obama is saying that financial well being of American people is not leverage, but he does not know that people of America do not want the debt ceiling to be raised without government spending cuts. The results and effects of failing in increasing debt ceiling are real; but effects of failing in reducing government spending are also real and can not be ignored.

It is already known that last week many top level Senators urged Obama to act on his own for raising the debt ceiling if Congress is not acting on the topic in an expected manner. 14th Amendment was cited by legislative bodies for proving that president has rights of paying bills and raising debt ceiling but legal experts warned The White House that if President acts alone o the behalf f 14th amendment, then it can become risky for the government as the language of that amendment dos not allow to do so and there is not much la remaining on it. Till now President has not shown signs of acting alone on the topic and is willing to do something from the approval of Congress.