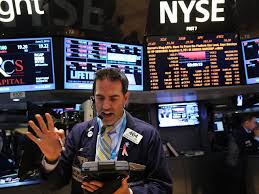 Rexahn Pharmaceuticals, Inc. (NYSEMKT:RNN) reported that it has strengthened its overall financial position with the closure of 2 registered direct offerings for total gross proceeds of $11 million. It expanded leadership team and engaged Dr. Lisa Nolan to the position of Chief Business Officer in last July.

For FY2016, Rexahn’s cash/investments came at almost $20.3 million as of close of December 2016, against almost $23.4 million as of close of December 2015. The decline in cash/investments during the year closed December 2016 was mainly due to cash used of $13.2 million in operating activities, offset by a total proceeds of $10.1 million obtained from registered direct offerings in March 2016 and September 2016. Rexahn projects that its investments and cash will be sufficient to meet the firm’s cash flow requirements for its existing activities through 1H2018.

Research and development expenses for FY2016 came at $10.1 million for the year closed December 2016 as against $12.1 million for the same period, a year ago. The drop in research and development in FY2016 is mainly attributable to lower drug manufacturing expenses due to a notable supply of drug candidates being available from previous manufacturing campaigns.

Rexahn reported that G&A expenses for the year closed December 2016 were almost $6.3 million versus $6.1 million for the year closed December 2015. The YoY jump is primarily attributable to a jump in personnel costs. General and administrative costs comprise mainly of salaries and linked expenses for finance, executive and other recruitment expenses, professional fees, administrative personnel, and other corporate costs, including investor relations, general legal activities and business development.

Rexahn’s loss from operations came at $16.4 million for the year closed December 2016 compared to $18.3 million in the same period, a year ago. Net loss was $9.3 million in the reported period versus $14.4 million, for the year closed December 2015. Included in the reported net loss is an unrealized gain on the fair warrants value. It is manly an outcome of the changes in the shares price between reporting periods and due to the increased count of warrants due in FY2016 compared to FY2015.