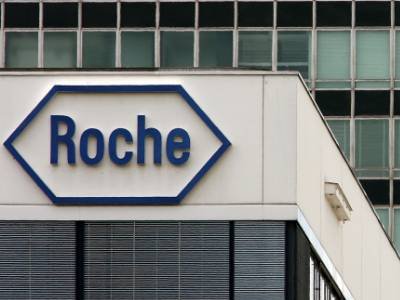 Dallas, Texas 10/29/2013 (Financialstrend) – Roche Holding Ltd. (ADR) (OTCMKTS:RHHBY) is a pharmaceutical giant which is registered in Switzerland. While it has a market cap of $236 billion and is considered among one of the premier bio tech companies in the world, its stock is held between few individuals and institutions. 50.1% of the total 2.81 billion outstanding shares are controlled by company’s founding families. An additional 33% is owned by another Swiss based drug maker Novartis AG (ADR) (NYSE:NVS). From time to time the current holding pattern of the stock has induced trade journals and industry watchers to predict that it is only a matter of time before Roche and $194 billion market capitalized Novartis decide to merge and create a European Pharma giant.

Earlier this month, speculation of Novartis and Roche ganging up had surfaced again and were gaining currency among the industry watchers. But the rumours were laid to rest by Roche’s Chief executive officer Severin Schwan. He made a public announcement that the merger speculation held no truth and indicated that such developments were unlikely to transpire over in the near future since the founding family members of the company who between them control close to 50.1% of the stock have a clear roadmap to run the company as a independent company. One of the reasons the latest round of merger roumors started to do the rounds this time round was due to a public statement by a influential director Pierre Landolt  who serves on the board of had called for collaboration between their company and Roche. He had been quoted as saying that the “tie-up could create a European “pharmaceutical champion and could make sense from an objective point of view.”

As of close of business on October 28, the stock of Roche was trading at $69.71 per share slightly up by 0.04% from its previous day close.