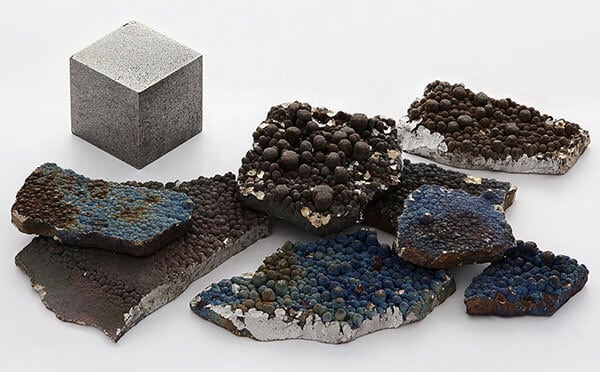 The proposition is simple. Short supplies mean big opportunity. And when demand keeps escalating, it means investors in the right stock can clean up.

Lithium batteries—called LMD batteries—are the heart of today’s advanced rechargeable batteries for the electric vehicle revolution. But the middle initial in LMD stands for “manganese.”

Overlooked, forgotten, and suddenly critical manganese supplies are falling short of the supply the agricultural, auto, and steel industries need to stay open.

Shortages will hit the auto industry especially hard because the steel industry, the biggest user, is hard up. US buyers—who usually find enough manganese in South Africa—raced to China to beg for supplies ahead of shortages earlier this year.

And that makes Maxtech Ventures (MTEHF), a junior miner that has diverted all its attention to manganese the best pure play in the industry.

By now we all know that rechargeable batteries for electric cars, cell phones and tablets rely on scarce lithium. But no one anticipated the EV trend would explode so fast it would throw manganese supplies into disarray worldwide.

The International Energy Agency predicts there will be 70 million EVs on the road by 2025.

That makes manganese critical again. This is not just a matter of hauling in more ore…

In 2016, the US imported 850 metric tonnes of manganese.The US Geological Survey rates America 100% dependent on foreign sources.

The situation is getting worse rapidly as China also competes for short manganese supplies.

Bad policies, bad planning led us here. In 1987, manganese was deemed a strategic resource that the US stockpiled by law!

In the 1990s, the US abandoned that policy and now we are out when the need is greatest.

The US and Canada have not produced any ore containing more than 20% manganese since 1970.

But in January 2018, the US government once again put manganese on the list of 23 critical elements.

That’s why looking closely at Maxtech Ventures could be the most important investment decision you make all year. Africa is the world’s greatest source of manganese, and that’s why Maxtech Venture’s new opportunity in Zambia is especially exciting. A lot of that mining is already locked up by major companies that operate huge open pit mines in South Africa, where 80% of the world manganese supply is produced.

Not much in the world of mining passes for avantgarde, but this does! South Africa is the world’s #1 source for manganese. Gabon is #4.

But the Luapula Province in Zambia where Maxtech is working has virtually untapped world-class potential.

Zambia lies on a direct line between South Africa and Gabon. And the Mansa Bureau of Mining believes the area has the potential to be a major supplier in southern Africa. The world is just discovering it. An Indian company recently set up a manganese ore processing plant in Zambia. Indonesia’s Earthstone Minerals has moved in, too. Zamanco Minerals, an Australian company, has opened a mine in the country.

Your chance to be early is here right now. And as you can see from the companies moving alongside Maxtech, this chance won’t last much longer. Maxtech Ventures is moving into Zambia with a handful of savvy pioneers Manganese for EV batteries is putting heavy pressure on two other primary users—steelmakers and agriculture.

Most of the manganese used in US fertilizers comes from Brazil.

These are extremely high grades that will command a premium on the metals markets. Maxtech estimates it will be able to sell this ore way above spot.

Maxtech already has the geological review on the Juina claims in the land package and is in the process of applying for its Guia, a trial mining permit with the Brazilian Departamento Nacional de Produção Mineral (DNPM).

So be warned—Maxtech’s stock price should soar as production begins. As soon as Brazil says, “OK,” Maxtech will begin production.

And it already has customers lined up. In fact, that’s one reason why this junior is not just an exciting prospect for investors looking for a market-beating return, it’s smart.

But we can give you several more reasons Maxtech Ventures should be in your plans this year if you savor the prospect of a little-known company about to make a major splash.
<
5 Reasons Maxtech Could Be the Best Mining
Stock You’ll See This Year

We have it from an unimpeachable source: S&P Global Market Intelligence that, “last year marked the turning of the tide in the manganese supply/demand dynamic.”

That’s because as S&P noted, “Stocks of ore, built up during the period of low prices in the second half of 2015, were purchased while prices remained low.”

But those stockpiles are gone. That’s what sent steel industry buyers rushing to China. Five of the largest manganese mines in South Africa had cut or shuttered production at the wrong time![ix]

This makes the path clear for Maxtech Ventures to sell its ore into strong demand as it amasses world-class, high-content manganese properties around the world.

You know what strong demand and low supplies mean—make the most of it by checking Maxtech Ventures (OTV: MTEHF; CSE: MVT; Frankfurt: M1N) and making a spot for what could be the best mining play of 2018 in your portfolio today.

MGX Minerals Inc., an exploration stage company, engages in acquisition, exploration and development of mineral resource properties located in Canada. It explores for lithium, magnesium, and silicon deposits. The company is headquartered in Vancouver, Canada.