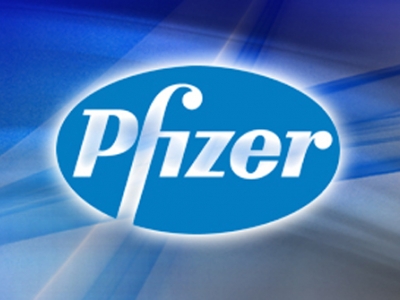 Pfizer Inc. (NYSE:PFE) was a notable mover during Friday’s trading session rallying higher by 1% on heavy volumes. The stock has witnessed massive selling pressure at higher levels and was unable to breach the resistance level at $33.50, which is a negative sign. Pfizer Inc currently trades below all daily moving averages. The MACD oscillator is showing signs of an intermediate bullish reversal. The RSI indicator has given a fresh buy signal, which is considered to be a huge positive. Traders believe the current rally could be short-lived and the stock could head to levels of $31.65 in the near term. 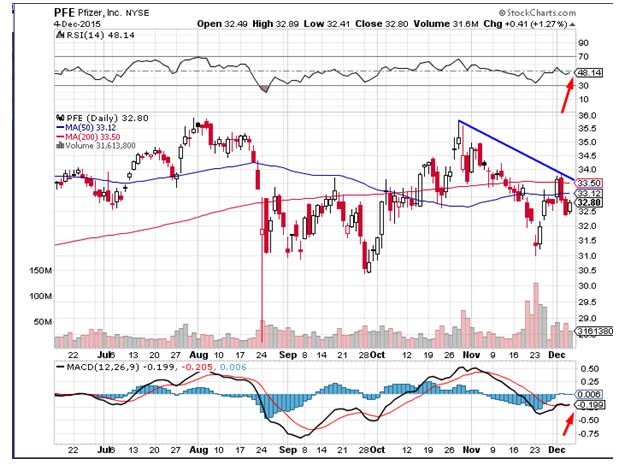 During the past year, Pfizer Inc. (NYSE:PFE) made significant progress in all aspects of their business. Recently, the company released financial results for its 3Q2015 and once again succeeded in beating analyst expectations. The strong quarter was mainly driven by the company’s core and new products and Pfizer expects this trend to continue in the coming years. However, the main highlight for the quarter had been the company’s recent acquisition of Hospira, which had not only expanded Pfizer’s capabilities, but also contributed to its portfolio.

In the coming months, quite a few hurdles await Pfizer, in the form of expiring co-promotion agreements, unfavorable currency movement and genericization. However, the company plans to overcome these through its share buyback program, cost cutting and using the full potential of Hospira. Additionally, Pfizer is also planning to sign the Allergan deal, which will significantly boost revenues and help it reach its earnings guidance once more.

Long-term Benefits of the Allergan Deal

The Allergan deal is one of the most important events for Pfizer in the coming months. It is valued at $160 billion and would provide Pfizer with a new subsidiary of Irish origin. The company would be renamed to Pfizer plc and although it would retain its Irish domicile, the new company’s headquarters would be located in New York. However, the deal is not expected to close before the second half of 2016, which means that investors would have to settle in for the long haul, if they really want to gain something out of their investments. Analysts expect neutral earnings in 2017, with chances of generating annual operating cash flow of $25 billion by 2018.

This would be done through a variety of pathways, which are made available through the Allergan deal. For example, Allergan already has a number of approved products in the market, relating to areas of dermatology, urology and many more. Pfizer does not have a large presence in these areas, but with Allergan’s portfolio that situation is soon going to change. As per analyst reports, it is expected that the combination of the two giants is going to result in the formation of the “world’s leading established products business”. These expectations are based on revenues alone. Added to this, the new company’s product pipeline is expected to hold more than 100 products, in mid and late stages of development alone.

Something for Short-term Investors

As for the short term investors, they can get some positive returns of their investments, due to the Hospira acquisition. The company used to be a sterile injectable and biosimilar drugs manufacturer and was acquired by Pfizer in September this year, for a total price of $17 billion. If history is anything to go by, Pfizer has the potential to further diversify its business and expand its pipeline through this acquisition. In 2009, when Pfizer acquired Wyeth, it helped the company build a stronger presence in emerging markets. Additionally, the company used Wyeth’s biologics platform and enhanced its product pipeline with cost effective products. Analysts already predict that the Hospira acquisition would add between 10 and 12 cents per share to Pfizer’s FY2016 results.

Although acquisitions are what the investors are looking forward to, but that is not the only aspect Pfizer is concentrating on. The company is also busy making strategic deals in the licensing and commercialization segment of its business. Most recently, the company signed a deal with Merck, which allows it to help develop and market the drug ertugliflozin. Pfizer also has similar deals with a number of other pharmaceutical firms.

However, since a number of Pfizer’s core products are starting to face generic competition, the company has taken some cost cutting initiatives. These include restructuring and concentrating on business areas and geographical regions that would offer the most potential. Finally, the company had also returned a total of $12 billion in dividends and share buybacks to shareholders last year. It is expected that this amount would be increased to $13 billion this year.