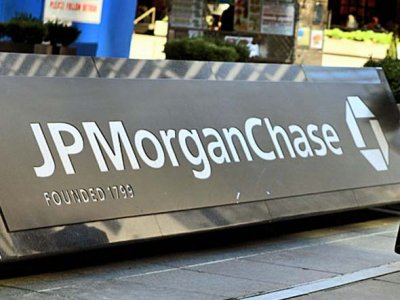 JPMorgan Chase & Co. (NYSE:JPM) has successfully beat analysis estimates in its 2Q2015, but there have been a few undermining factors that can be a cause of concern for the investors. JPM has mainly been exercising cost cutting initiatives and has seen quite a bit of success in that area. This is also accompanied by lower legal expenses for the company, $291 million, which helped it, report better than expected results.

However, the report also highlighted a decline in revenues and a rise in credit losses. This could mean that JPM has experienced very little growth and was only able to beat estimates due to improved efficiency. It should be noted here that companies like JPM are currently operating in a low interest rate environment.

JPM reported earnings of $1.54 per share, compared to the expected estimate of $1.44 and 2Q2014 earnings of $1.46. Additionally, the company also adjusted its dividend payout, resulting in a 10% hike to $0.44 per share. The 2Q2015 report also highlighted a 3% decline in revenues, despite 10% rise in the company’s Corporate and Investment Bank segment. However, commercial banking and Asset Management suffered huge declines of approximately 21%.

One of the major cost cutting initiatives taken by JP Morgan is the automation of the company’s branch network. The company believes that this would help the company reduce operating costs significantly. Additionally, JPM is trying to simplify its business and spend less on mortgage related costs as well. For the FY2015, the company expects its operating expenses to be around $57 billion, excluding corporate litigation and foreclosures.

Despite the low interest rate environment, JPM seems to be determined in broadening its loan portfolio. The company is doing this by acquiring the industry’s best franchise. Additionally, as the loan environment starts to show signs of improvement, the management expects a 10% increase in core loan growth.

Coupled with this, the company has been focused on enhancing its shareholder value through share buybacks and dividend payouts. JPM already has an approved plan of buying back $6.4 billion worth of shares and until the 2Q2015; it had already bought $1.3 billion worth shares. Whether the company would utilize the allotted capital until its deadline of 2Q2016 remains to be seen.

The downside to JPM is that it is operating in an industry that is on the path to decline. Furthermore, as the company prepares itself to operate in a slow market, it will heavily weigh on JPM’s balance sheet. For its 3Q2015, the company has already issued guidance of a 9% decline in revenues. This is also coupled with a change in banking regulation throughout the industry, which would mean further load on the capital. Although JPM has a strong capital position, but a slowdown in business and stricter controls over its fee income is a cause of concern for the investors.

However, the main cause of concern by the investors is that JPM has a number of legal issues pending. Even after having resolved several legal matters, the company still has pending lawsuits from federal agencies and even foreign governments. This is a threat to the continued operations of the company itself. The most recent of these cases was the credit card debt probe, which JPM settled by paying a fine of $136 million. This was an important step for the continued business of the company because if it had not been resolved it could have turned into a multi-year probe.

Even though JPM boasts a strong capital position and improving efficiency of its business, it still has a number of red signs that the investors need to consider. These include the overall market performance, the changes in banking regulations and the pending legal issues. JPMorgan Chase & Co. (NYSE:JPM) would quickly need to address these concerns, if it wants to continue to attract investor interest.