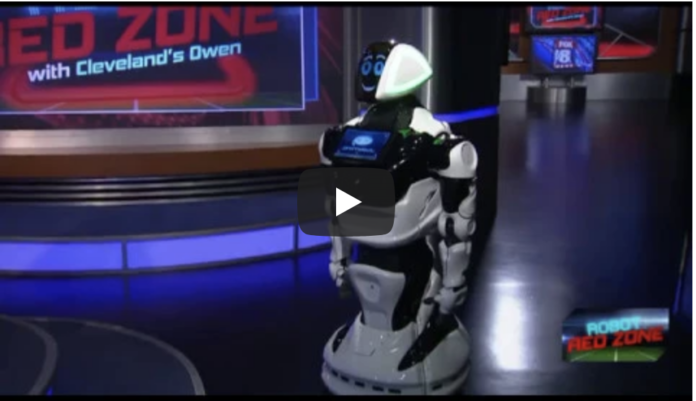 With markets working in late-stage bull territory, investors are yearning for opportunities that haven’t already been run higher by the crowd into massively overvalued territory – especially opportunities that capitalize on leading-edge 21st century technology.

Today’s profile focuses on an emerging leader in the robotics space that is moving to quickly dominate the school market – a major market for robotics looking ahead over coming decades.

USLG’s Intellitronix unit created a robot division that deals with promotional, educational, and WEAPON DETECTING robots. In an age dominated by news of school shootings and poor educational standards, this could be a huge win/win scenario, with growth written all over it.

Key Points:
• USLG has moved head-long into the advanced robotics marketplace with several models and potential leadership emerging in the school market.
• USLG has a tiny trading float of just 7.3M, which suggests the stock could launch higher on any additional influx of interest.
• USLG is making real money, with trailing revs already coming in at $2.1M.
• USLG continues to trade above a rising 200-day SMA, indicating strong longer-term accumulation.
• USLG is coming off an RSI trough under 45, pointing to an oversold stock now heading back the other way.

Learn More About USLG at your brokerage today!

U.S. Lighting Group Inc. (OTCMKTS: USLG) is a stock with a strong chart, a growing buzz, and a huge set of catalysts all sitting on top of a tiny trading float. That’s an explosive mixture. And, given the company’s strong positioning, we would expect new catalysts to be coming soon to help drive shares into another potential breakout.

The company’s main driver right now is its Intellitronix segment. According to its own materials, this group is continuing it’s tremendous growth.

“We have created a robot division that deals with promotional, educational, and WEAPON DETECTING robots. These Robots have gotten quite the attention over the past few weeks with news stations visiting and big named business’ having interest in collaborating. A robot that can promote, educate, and save lives is  one captivating machine. Although our robot division has taken off, we have not stemmed away from our origins of bringing new automotive products to market. Intellitronix has released many new gauges and have even created Ultra Bright Sniper Lights for Ford Super Duty Trucks (video below). Overall, we are excited to be in the position we are. Business is booming and we are on the rise. Below are some of our most recent videos.”

In addition to its robotics division, the company notes that “Our mission is to bring the innovation and expert use of technology into creating the most breath-taking displays and cutting edge electronics to all aspects of your vehicle. We have long been considered one of the most advanced and innovative companies and are the originators of the Lifetime Warranty in our industry! The use of state-of-the-art technology has allowed us to lead the automotive industry into the future. By only using the best and most advanced display and engineering techniques, we achieve a level of quality and performance that no other company can reach. Today, we continue to lead the automotive electronics world into the future with our proprietary technology, expert design, and one of a kind innovation.”

That said, the real explosive element here is the robotics division.

And one reason for that is the massive media and cultural attention that the company is beginning to receive. Just a couple weeks ago, the company announced that its robot was featured on numerous network television broadcasts of local network stations in Ohio after announcing its weapons detection robot.

“Our Company has drawn an amazing amount of television coverage from local network television stations after announcing our weapons detection robot,” said Intellitronix CFO, Susan Tubbs. “We also announced our STEM curriculum program for the Willoughby-Eastlake City Schools for their W-E School of Innovation utilizing our robot which only added to network television exposure of Intellitronix.”

That’s called “Buzz”, and we would anticipate that it’s only going to intensify from here.

While security and protection are huge drivers for demand from schools for the type of robotics technology USLG is developing, it isn’t all just about stopping school gun violence. In fact, the company recently announced that it will be developing a robotics curriculum for the Willoughby-Eastlake City Schools for their W-E School of Innovation.

Under the STEM (Science, Technology Engineering and Math) program, learning is collaborative and project-based; kids work closely together in a hands-on way to solve real-world problems.

Look for this implementation to be a major growth driver as well.

One of the most important dynamics to appreciate here is the tiny float on this stock as well. According to Yahoo Finance, USLG trades on a tiny float of just 7.3 million shares. That’s a major factor in analyzing this stock – especially when you combine it with the easy access we believe this company will have to “Buzz” looking ahead over coming weeks and months.

It’s an exciting story. And it has natural media appeal. And it trades on just 7 million shares. That’s an explosive combination of ideas.

Technically, the stock is trading in a bullish longer-term trend, just above its rising 200-day “trend” moving average. Technical analysts see a stock trading above a rising 200-day average as “in a bull market” almost by definition.

However, this is not something that has already run a lot higher in recent days or weeks. This is a well-consolidated pattern with an RSI at a bullish 44 print right now. That suggests plenty of upside potential.

USLG (U.S. Lighting Group Inc.) designs and manufactures transformerless green LED lighting tubes and bulbs for the commercial and industrial tube lighting sectors in the United States and internationally. The company was founded in 2011 and is based in Eastlake, Ohio.

However, as noted above, the company also has a rapidly growing robotics division that is picking up major market share positioning potential as a future leading supplier of integrated robotics solutions for US schools.

Learn More About USLG at your brokerage today!