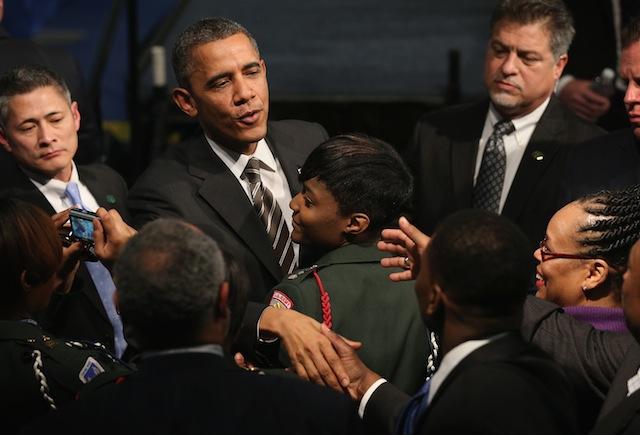 The White House announced today that they are currently in the process of drafting a new immigration place. This is because there have been worries that the congressional committee meeting won’t go as plan especially after the Republican party announced that President Obama’s  plan is going to be ‘’dead even before it arrives.’’ As usual, the white house has to worry about the Republican Party opposing any decision the president makes.

Politicians from both sides have been tackling the idea of immigration reform for a while now especially after the Latino community in the United States had a very influential impact in President Obama winning. According to the first immigration plan bill, all illegal immigrants in the United States will be able to become legal residents within the new eight years. The White House will also be responsible for their security funding and all their processes of becoming legal. They will also have to check up with an office on a monthly basis to keep up with their residency.

The White house announced today that this issue should be ended as soon as possible, and the Republican Party should focus on the citizens that came to this country to fulfil a dream. For now, there are around 11 million illegal immigrants in the United States. Republicans on the other hand believe that is completely unfair and that the White House should focus on citizens of the United States who can’t find jobs or homes. According to the new bill, illegal immigrants will have to file for a visa that will called ‘’prospective immigrant.’’ If they are approved, they will be given temporary residency status until they are officially approved. This is something that many illegal residents have hoped for such as a long time.

Political experts believe that this isn’t only about providing citizens with the services they need, but this will also result in increasing the security of the borders between United States and other countries especially the ones in South American such as Brazil and Mexico. There have been a lot of incidents in the past that threatened the borders of the United States such as shootings to avoid these illegal citizens from crossing the border. President Obama and the White House believe that this will decrease the possibility of these incidents happening again and will also provide illegal immigrants who are residing in the United States with the life they have come for.