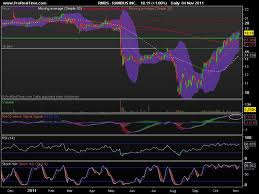 Dallas, Texas 12/30/2013 (FINANCIALSTRENDS) – As per Crestwood Midstream Partners LP (NYSE:CMLP)the year 2014 seems to be a growth year for the company as much positive news is coming. The company recently merged with Kansas city based Inergy IP and also announced that it is expecting some adjustments in its earnings and the EBIDTA is expected to increase by almost 34 percent in 2014 to $500 million. As per the company’s management all the investments that have been made in this year will fetch very good returns in 2014.

The company has also issued guidance for the next year and is expecting a net income of around $105 to $138 million. It is also expecting an EBITDA of around $230 million after all the deductions and payments.

Crestwood Midstream Partners started its operation in the year 2010 and it was formed when a private Crestwood holdings started its operations and was run by long time energy executive Robert Phillips. At that time the company acquired about 60 percent of the LP units of Quicksilver Gas Service from Quicksilver Resources. After the acquisition the Gas Service was renamed as Crestwood Midstream Partners also called as CMLP.  The company is also called master limited partnership firm and company operates and maintains different unconventional shale resources across the United States of America.

The company is engaged into different activities such as processing, gathering, treating, and compression of shale and natural gas. It also transports and stores natural gas and apart from all these activities the company also deals in NGLs, storage of crude oil. As per many industry analysts the share price of CMLP might witness a rise very soon and they maintain a strong hold in this stock as 2014 might prove to be quite lucky for the company.