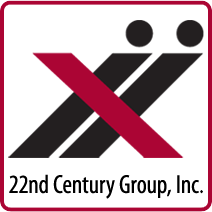 22nd Century Group Inc (NYSEMKT:XXII) has today announced the move by Crede CG III, Ltd to lift charges against the company. There has been an ongoing litigation regarding the bringing to and end of a China joint venture. The company takes very seriously the principle of companies performing under joint ventures and it also would disapprove any barriers that would stand between it and its expansion in China. The company looked at the failed China joint venture with Crede very closely. It also went ahead to investigate the actions of Terren Peizer and it finally came to hit the conclusion that the underperformance tendencies that were being experienced were rooted in irresponsibility on the part of the Crede and Terren Peizer.

On January 20, 2017, the company made a statement saying that the United States District Court for the Southern District of New York (the “SDNY Court”)  This followed an earlier request by the company to be given an opportunity to sever the lawsuit by Crede. It needed it split in two and it looked forward to an instance where the currently terminated China joint venture claims would be pushed to the United States District Court for the Western District of New York (the “WDNY Court”).It would simplify matters for the company considering that its headquarters office lies just nearby. Earlier reports indicated that the SDNY Court held on June 14, 2016 had come to the conclusion that Crede failed to command hope in the likelihood of it prevailing on the claims it had forwarded. According to the court, there was a great possibility that Crede had indeed defied the activity restrictions of the Tranche 1-A warrant. If that was the case then, it would render Crede’s claim over such shares inappropriate.

The 22nd Century spokesman spoke on behalf of the company asserting that right from the start the company’s management considered Creed’s claims frivolous and completely uncalled for! He was happy that Crede had indeed seen its mistake and finally paved way for justice which had it withdraw its claims transferred to WDNY Court.

February 14, 2017 witnessed Crede lift the lawsuit against the company and that of course took place