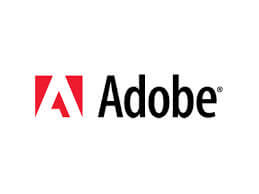 Dallas, Texas 01/03/2014 (FINANCIALSTRENDS) – Adobe Systems Incorporated (NASDAQ:ADBE) with a market cap of $29.6 billion has emerged as one of the major cloud players in the tech space in recent times. It is tracked by the S&P 500 index and has recorded sales of $4.6 billion in the past 12 months and generated net income of $290 million from its past 12 months operations.

As the news of its blow out 4Q results hit the market, the stock of Adobe Systems Incorporated (NASDAQ:ADBE) has posted net gains of 4.46 percent in the month of December and overall in the past 12 months has provided net gains of 54 percent for its investors. At January 2 close price, the stock had settled at $59.29 per share which is just 3 percentage points lower than its prior 52 week high price points.

Adobe Systems Incorporated (NASDAQ:ADBE) has been better placed than its more entrenched competition like Oracle and Microsoft in switching its licensing and business model to align with the growing customer demand for on-demand services. In mid October, the maker of software used by graphic designers had announced that it has managed to attract online customers at a faster rate to its pay as you grow services, as compared to previous quarters there by reducing its dependency on traditional licensing model which was heavily dependent on licensing specific PC and laptops.

Adobe Systems Incorporated (NASDAQ:ADBE) had released a new licensing model called Creative Cloud Web-based software which is cloud based and in the fourth quarter had signed up 1.44 million  users and generated income of $1.04 billion over all for the quarter which ended in November 2013. In a clear indication of where the company’s focus is going to be over the next few years, its CEO Shantanu Narayen has indicated a dip in revenue over the next couple of years as the company recalibrates its operations to the run rate based software as a service business model.