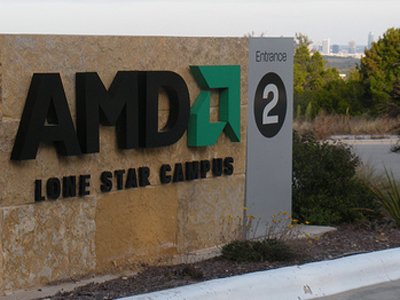 Dallas, Texas 12/19/2013 (FINANCIALSTRENDS) – Advanced Micro Devices, Inc. (NYSE:AMD) has announced its all new CPU servicer for data centers. Called the Seattle, the CPU is considered to be one of the advanced servers that AMD with which AMD wants to re-enter the server market for data centers.

One of the leading providers for the server markets, Advanced Micro Devices, Inc. (NYSE:AMD) has lost ground to other competitors. Known for their strength rather than style factors these servers were considered affordable and reliable. The server in discussion was the opteron x86 server processor. At that time, AMD’s market share was nearly 24%, especially in the third quarter of 2006.

However the entry of another major chip maker Intel into data center server has cost AMD. By the end of 2012, AMDs market share in this vertical was reduced to as less as 4.5%.

Intel Xeon was the competitor that cost AMD its data server market.

The year 2014 appears to be a turning point for Advanced Micro Devices, Inc. (NYSE:AMD).

The road for AMD in 2014 appears to be more versatile as it has a number of deals lined up for data center servers. The first of these is Verizon’s.

In fact, it is believed, that Verizon chose AMD over competitors for the very reasons the erstwhile server manufacturer had lost to Intel- dependability and no-frills attached core capability. 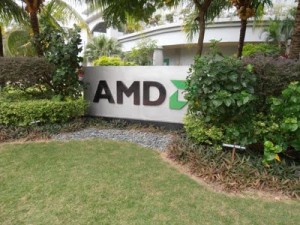 Verizon is on an expansion mode and has been looking for customized solutions on several fronts. It has also introduced its 4G services and will look to sustain its Cloud Computing categories as well – Verizon Cloud Storage.

For AMD, it will be the launchpad it has been looking for in more than a few years now.

Recent manoeuvres by AMD to gaining higher presence in the data server vertical appears to have paid off. AMD has in March 2012, acquired SeaMicro for $334 million. SeoMicro is considered as one of the pioneer of data storage solutions. Its current niche is in the building of low-power as well as high end microservers and interestingly used server processors which carry the Intel brand.

Advanced Micro Devices, Inc. (NYSE:AMD) now proposes to run the new deal with Verizon using the SeaMicro SM1500 servers. These servers are expected to help connect cores of processors to form standalone units. These will then be used to power some of the largest of Verizon’s cloud based storage services.

Verizon’s storage solutions have undergone technology revisions and are known to offer cost-effective and full-fledged services.

Over the last few months, AMD has etched out new strategies to help it grow. The first of these appear to be case of cost cutting. Secondly, it has reworked its technologies and will now improve revenues.

Another core area of strength for Advanced Micro Devices, Inc. (NYSE:AMD) has been PC sales. The AMD processor core around which many a PC to be built helped in keeping costs of production low and increase the low-cost PC sales. Though, the actual number of PC sales each year have drastically dropped AMD did prove a point in driving low-cost PC building capabilities.

AMD with the launch of its new CPU for data servers next year will now prove to be force to reckon with again in this sector as well.