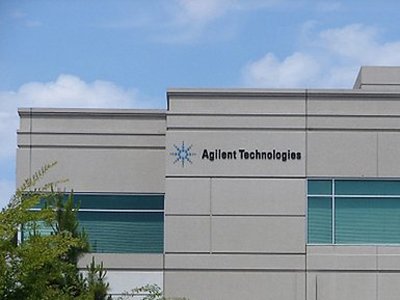 Dallas, Texas 02/18/2014 (FINANCIALSTRENDS) – The S&P 500 index tracked medical laboratories and research firm Agilent Technologies Inc. (NYSE:A) reported better than expected 4Q13 results on 13th February, but disappointed many with its weak outlook for its full year operations. It went on to bring down its estimated profit forecast for the full year as it has taken into account the lowering of revenue from its bread and butter “electronic measurement business” due to the turbulence being faced by the heavy spending aerospace and defence sector over the next few quarters. The reworked forecast has pegged earnings per share for the full year to come in at $2.96 to $3.16 per share which was way lower than its $3.03 to $3.33 per share it had forecasted earlier.

Agilent Technologies Inc. (NYSE:A) reported that it had registered profits of $195 million for the quarter, which translated to income of $0.58 per share. This was well above the $179 million it had brought in during 4Q12. While the income went up, revenue remained pretty flat at $1.68 billion. The firm also announced that it has finalized the nomenclature of the entity; it plans to spin off as a standalone unit later in 2014 as “Keysight Technologies”. Its first quarter order booking came in at $1.68 billion which was 2% lower in comparison to 1Q13 resulting in flat growth in revenue for the quarter at $1.68 billion. Operating margin for the quarter was 17.6%.

Commenting about the mixed returns from the first quarter, Agilent Technologies Inc. (NYSE:A) President and Chief Executive Officer Bill Sullivan has been quoted to have said that, “We saw a mixed business environment with continued steady growth in life science and applied markets. This was offset by continued weakness in our electronic measurement markets, particularly in aerospace and defence. Despite some ongoing economic headwinds, we continue to benefit from our commitment to manage expenses and reduce manufacturing costs”.