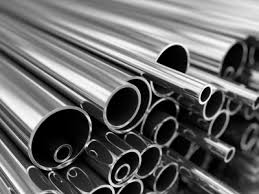 Barclay has expectations for AKs to perform and offered revised price target of $8 over the previous $5. The analysts opined that of higher consideration for the company is the strong steel fundamental the company will have.

However, analysts such as Wells Fargo believed to the contrary and did not advice go after AK Steel Holding Corp (NYSE:AKS) for long term investment. The company opined that this iron and steel major cannot offer higher climb in stock prices. The analysts also believe that the trend is expected to reverse if the company were to see a drop in the auto-industry demand, which is currently driving the prices of the steel maker.

AK Steel Holding Corp (NYSE:AKS) also received a thumbs down by UBS as the analyst opines AKS losing out on cash deals for 2014. UBS rated both Nucor and Steel Dynamics over another overly rated steel company US Steel. The competitive steel market, in the US, is expected to clearly mark-out the major players from the second-line companies through 2014.