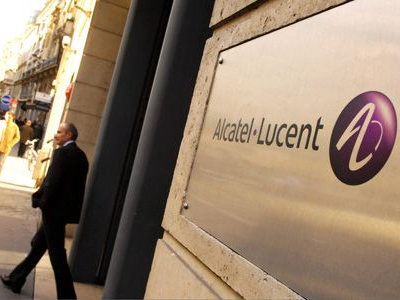 Dallas, Texas 12/10/2013 (FINANCIALSTRENDS) – Alcatel Lucent SA (ADR) (NYSE:ALU) , the French telecom giant is on a massive turnaround phase, headed by its new CEO, who has effectively trimmed major losses and repositioned  the company on a new path of growth: cloud-based services.

While a year ago, the company was plagued by unlimited issues; November 2013 has seen it hit high share values, reaching the 52-week high sweet points. Though, not completely cured of legacy issues such as operating losses or fall in revenue, it definitely is on the fast-track to growth, likely to achieve peaking success by 2016. Nearly one-quarter of its entire efforts are focused on research, design and development of new age products/technology, which will help the company sprint to quick growth.

Alcatel Lucent, once synonymous with core hardware components for use in telecom industry, will now move its expertise in this field, continue to downsize, and at the same time shift focus to an as yet unexplored avenue- cloud computing.

Alcatel Lucent SA (ADR) (NYSE:ALU) was indexed on the prestigious French CAC-40 Index, of which Alcatel was one of the founding members until it September 2012, when it was ousted by other technology company. However, now with renewed efforts of new management, Alcatel has seen a fast 6-month turn around at current rates likely to ascend the index again.

Alcatel Lucent SA (ADR) (NYSE:ALU) has driven the turnaround due to a refocus strategy. Though, one of its decisions – to downsize- in its native country did lead to major discontent- it continued its trudge forward and is now poised for re-listing on the CAC-400 Index. The company has cut down posts by nearly 15,000 by 2015 and would have moved away nearly $1bilion in assets.

Alcatel Lucent SA (ADR) (NYSE:ALU) has also developed a cloud-based platform, the Virutal Services Platform, which it expects to pit against such established companies as Cisco Systems, Inc. (NASDAQ:CSCO).

The winning contract for Alcatel Lucent SA (ADR) (NYSE:ALU) by China Mobile, has in many ways been the turning point for the company. The older contract that China Mobile had executed with Alcatel-Lucent was only for 200,000 base stations by December 2013. As china moves into 4 G data networks, Alcatel’s products are positioned just right for cost-effective migration to the new platform. The new contract now extends the installation capacity anywhere between 11 and 4 of the entire network the state-owned network will operate.

4G LTE Network as well as the IP Evolved Packet Core which the company provides is expected to move China Mobile to one of the largest ultra-broadband network.

The turnaround for Alcatel Lucent is its Shift Plan, which will now help the top it become one of the top IP Networking as well as Broadband Access-based Company.

Another important development for Alcatel has been the talks it has had with Nokia. While the mobile handset manufacturer has itself, restructured by spinning off its devise division to Microsoft, it does have the cash in hand to acquire or work on newer and sustainable technology or domain.

Besides, Alcatel’s stock prices too have grown by two figures from $2 and have grown to $4. By November, the stock has considerably grown beating stock analyst expectations of drop in prices.