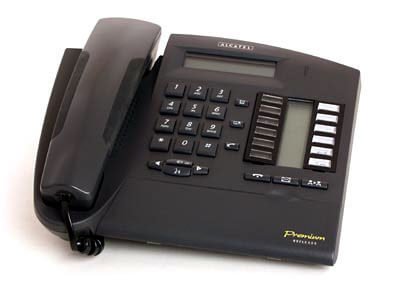 Dallas, Texas 05/15/2014 (FINANCIALSTRENDS) –The French network-equipment-maker, Alcatel Lucent SA (ADR) (NYSE:ALU) halfway through its 3 year revamping plan, said that more profitable products & lower administrative-costs have helped it narrow its Q1 loss. The loss that was reported was 73M Euros ($101M), in comparison to 353M Euros in the same period of the previous year, said the company. Sales were very little changed at 2.96B Euros, excluding the enterprise business being sold off. The gross profit-margin, or percentage of revenue that is left after the deduction of the cost of goods that are sold, expanded to 32.3% from 28.2% in the previous year.

Michel Combes, the company’s Chief Executive Officer, who has now promised to cut their expenses by 1B Euros by the year 2015 and to sell an additional 1B Euros worth in assets, has also reduced costs by 478M Euros to date & has divested over 350M Euros of assets. In February, Alcatel-Lucent reported the company’s 1st quarterly profit in 2 years. The net-income was negative due to the of non-recurring elements such as the financial and the pension costs, and the restructuring costs, said Jean Raby the Chief Financial Officer. The Q1 shows one more milestone- They are nearly halfway on their cost-cutting plan, & they still have around 18 months to go.

The company’s shares have almost tripled since the times Combes took over reins in April 203. Alcatel Lucent SA (ADR) (NYSE:ALU) is looking to stem its losses that have been plaguing the company since the time it had been created via the 2006 merger between Alcatel SA & Lucent Technologies Inc., as its rivals are also shifting strategies very rapidly. Today, Nokia Oyj focuses almost exclusively on the network equipment after having sold its mobile-phone unit off to Microsoft Corp and Ericsson AB is also expanding in services.