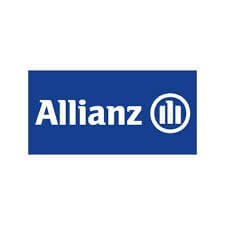 German insurer company Allianz SE (ADR)(OTCMKTS:AZSEY) expressed the view on the lawsuit filed by well-known bond investor and its former employee Mr. Bill Gross over his dismissal from company’s asset management firm, Pacific Investment Management Co. The company stated that the legal case has no merit.

A spokesperson for Allianz reported that the company will not give any further comments on the matter. In a complaint registered earlier in month, Mr. Gross claimed that Pimco’s MDs were motivated by a desire for greed, power, and an aspiration to enhance their self-reputation and financial gains in their ultimately successful plan to expel him. His dismissal was confirmed on September 26, 2014.

Billionaire bond investor Mr. Gross filed a suit against his ex-employer Pimco and its parent firm Allianz for $200 million alleging that a greedy group of officials expelled him out of the firm he helped establish. They intended to keep the lucrative bonus for themselves. This matter highlights the problems between Gross and Allianz’s Pimco, which he established into a profitable bond fund entity. Gross is currently associated with Janus Capital Group Inc,

Gross had been performing well to get bonus last year, with a major portion compensated late in 2014… He alleged Allianz’s Pimco of constructive termination, breach of contract and bad faith. Michael Reid, a spokesman for company said that Gross allegations have no merit and Allianz legal team will answer in court. A Janus spokeswoman said that the ongoing case is a personal matter pertaining to Bill. Gross attorney Patricia Glaser disclosed that any recoveries from case will be forwarded to charity.

Famous as the “Bond King”, Gross left company some months after Mohamed El-Erian exited due to Gross’s bigheaded management style. This haughty style fetched much negative hype for him in 2014, as did dismal performance and investor outflows of the largest bond fund, Pimco Total Return fund.